The Company-State: Corporate Sovereignty and the Early Modern Foundations of the British Empire in India

Almost since the event itself in 1757, the English East India Company's victory over the forces of the nawab of Bengal and the territorial acquisitions that followed has been perceived as the moment when the British Empire in India was born. Examining the Company's political and intellectual history in the century prior to this supposed transformation, The Company-State rethinks this narrative and the nature of the early East India Company itself.

In this book, Philip J. Stern reveals the history of a corporation concerned not simply with the bottom line but also with the science of colonial governance. Stern demonstrates how Company leadership wrestled with typical early modern problems of political authority, such as the mutual obligations of subjects and rulers; the relationships among law, economy, and sound civil and colonial society; the constitution of civic institutions ranging from tax collection and religious practice to diplomacy and warmaking; and the nature of jurisdiction and sovereignty over people, territory, and the sea. Their ideas emerged from abstract ideological, historical, and philosophical principles and from the real-world entanglements of East India Company employees and governors with a host of allies, rivals, and polyglot populations in their overseas plantations. As the Company shaped this colonial polity, it also confronted shifting definitions of state and sovereignty across Eurasia that ultimately laid the groundwork for the Company's incorporation into the British empire and state through the eighteenth century.

Challenging traditional distinctions between the commercial and imperial eras in British India, as well as a colonial Atlantic world and a "trading world" of Asia, The Company-State offers a unique perspective on the fragmented nature of state, sovereignty, and empire in the early modern world. 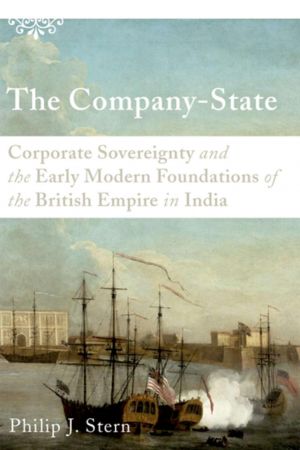