Henrik Ibsen and the Birth of Modernism: Art, Theater, Philosophy

Two related events, film screenings of Erik Skjoldbjaerg's En Folkefiende (2005) and Satyajit Ray's Ganashatru (1989) took place on October 22 and October 23, 2007, respectively. Both films are adaptation's of Ibsen's An Enemy of the People.

Henrik Ibsen (1828-1906) is the founder of modern theater, and his plays are performed all over the world. Yet in spite of his unquestioned status as a classic of the stage, Ibsen is often dismissed as a fuddy-duddy old realist, whose plays are of interest only because they remain the gateway to modern theater. In Henrik Ibsen and the Birth of Modernism, Toril Moi makes a powerful case not just for Ibsen's modernity, but for his modernism. Situating Ibsen in his cultural context, she shows how unexpected his rise to world fame was, and the extent of his influence on writers such Shaw, Wilde, and Joyce who were seeking to escape the shackles of Victorianism.

Henrik Ibsen and the Birth of Modernism also rewrites nineteenth-century literary history; positioning Ibsen between visual art and philosophy, the book offers a critique of traditional theories of the opposition between realism and modernism. Modernism, Moi argues, arose from the ruins of idealism, the dominant aesthetic paradigm of the nineteenth century. She also shows why Ibsen still matters to us today, by focusing on two major themes-his explorations of women, men, and marriage and his clear-eyed chronicling of the tension between skepticism and the everyday.

This radical new account places Ibsen in his rightful place alongside Baudelaire, Flaubert, and Manet as a founder of European modernism. 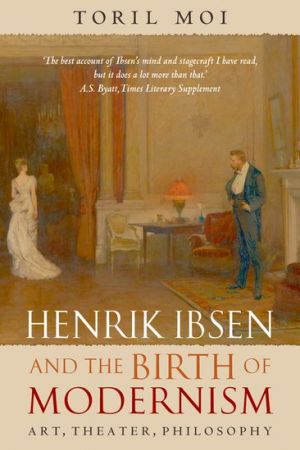