Longing for the Lost Caliphate: A Transregional History

In the United States and Europe, the word "caliphate" has conjured historically romantic and increasingly pernicious associations. Yet the caliphate's significance in Islamic history and Muslim culture remains poorly understood. This book explores the myriad meanings of the caliphate for Muslims around the world through the analytical lens of two key moments of loss in the thirteenth and twentieth centuries. Through extensive primary-source research, Mona Hassan explores the rich constellation of interpretations created by religious scholars, historians, musicians, statesmen, poets, and intellectuals.

Hassan fills a scholarly gap regarding Muslim reactions to the destruction of the Abbasid caliphate in Baghdad in 1258 and challenges the notion that the Mongol onslaught signaled an end to the critical engagement of Muslim jurists and intellectuals with the idea of an Islamic caliphate. She also situates Muslim responses to the dramatic abolition of the Ottoman caliphate in 1924 as part of a longer trajectory of transregional cultural memory, revealing commonalities and differences in how modern Muslims have creatively interpreted and reinterpreted their heritage. Hassan examines how poignant memories of the lost caliphate have been evoked in Muslim culture, law, and politics, similar to the losses and repercussions experienced by other religious communities, including the destruction of the Second Temple for Jews and the fall of Rome for Christians.

A global history, Longing for the Lost Caliphate delves into why the caliphate has been so important to Muslims in vastly different eras and places. 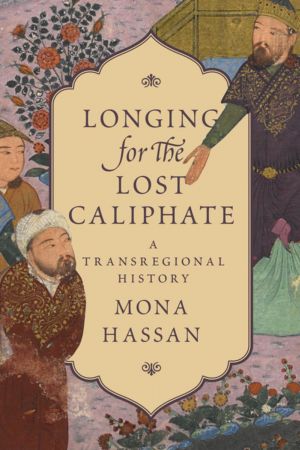