Nostalgia for the Future: West Africa After the Cold War

Since the end of the cold war, Africa has seen a dramatic rise in new political and religious phenomena, including an eviscerated privatized state, neoliberal NGOs, Pentecostalism, a resurgence in accusations of witchcraft, a culture of scamming and fraud, and, in some countries, a nearly universal wish to emigrate. Drawing on fieldwork in Togo, Charles Piot suggests that a new biopolitics after state sovereignty is remaking the face of one of the world’s poorest regions.

In a country where playing the U.S. Department of State’s green card lottery is a national pastime and the preponderance of cybercafés and Western Union branches signals a widespread desire to connect to the rest of the world, Nostalgia for the Future makes clear that the cultural and political terrain that underlies postcolonial theory has shifted. In order to map out this new terrain, Piot enters into critical dialogue with a host of important theorists, including Agamben, Hardt and Negri, Deleuze, and Mbembe. The result is a deft interweaving of rich observations of Togolese life with profound insights into the new, globalized world in which that life takes place. 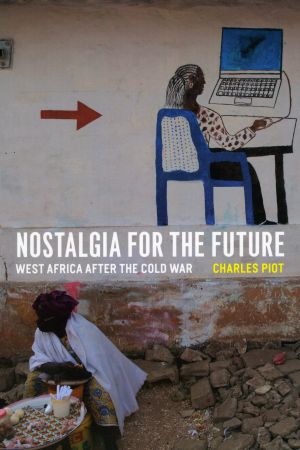