In Race: A Theological Account, J. Kameron Carter meditates on the multiple legacies implicated in the production of a racialized world and that still mark how we function in it and think about ourselves. These are the legacies of colonialism and empire, political theories of the state, anthropological theories of the human, and philosophy itself, from the eighteenth-century Enlightenment to the present.

Carter's claim is that Christian theology, and the signal transformation it (along with Christianity) underwent, is at the heart of these legacies. In that transformation, Christian anti-Judaism biologized itself so as to racialize itself. As a result, and with the legitimation of Christian theology, Christianity became the cultural property of the West, the religious ground of white supremacy and global hegemony. In short, Christianity became white. The racial imagination is thus a particular kind of theological problem.

Not content only to describe this problem, Carter constructs a way forward for Christian theology. Through engagement with figures as disparate in outlook and as varied across the historical landscape as Immanuel Kant, Frederick Douglass, Jarena Lee, Michel Foucault, Cornel West, Albert Raboteau, Charles Long, James Cone, Irenaeus of Lyons, Gregory of Nyssa, and Maximus the Confessor, Carter reorients the whole of Christian theology, bringing it into the twenty-first century.

Neither a simple reiteration of Black Theology nor another expression of the new theological orthodoxies, this groundbreaking book will be a major contribution to contemporary Christian theology, with ramifications in other areas of the humanities. 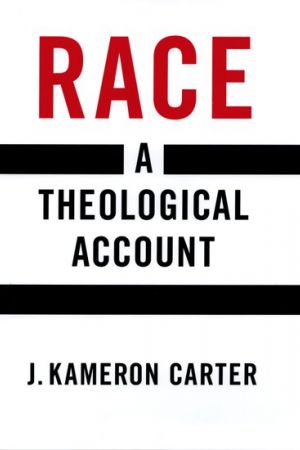