Revolution and the Word: The Rise of the Novel in America

Read an article about this event at Duke Today.

Revolution and the Word is the classic study of the co-emergence of the U.S. nation and the new literary genre of the novel. The book remains the foundational study of reading, writing, and publishing in the new republic and provides a unique glimpse of the culture of early America. By looking at everything from publishers' account books to marginalia scrawled in eighteenth-century books to the novels themselves, Revolution and the Word provides an engaging social history of early American readership that is also informed by the most insightful aspects of literary theory.

With a backward glance at the culture wars and prognostications for what lies ahead, the comprehensive introduction of this expanded edition reframes Revolution and the Word for a new generation of scholars. It revisits topics of dissent in the early national period, the status of the Constitution as a document designed to quell the still-burning passions of the American Revolution, and the role played by the novel in publicizing and articulating complex desires not addressed at the Constitutional Convention. Cathy N. Davidson provides readers with a survey and critique of the controversial and productive thought in cultural, social, and political theory as it has evolved during the last twenty years. This astute and learned assessment of recent developments in literary and historical scholarship, colonial and postcolonial studies, race theory, gender and sexuality theory, class studies, cultural studies, and history of the book will make Revolution and the Word as urgent for this generation as it was for its original readers in 1986. 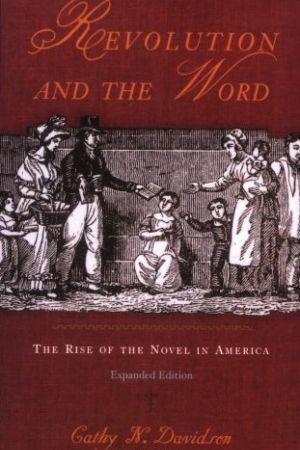