Recurrent questions about space have dogged philosophers since ancient times. Can an ordinary person draw from his or her perceptions to say what space is? Or is it rather a technical concept that is only within the grasp of experts? Can geometry characterize the world in which we live? What is God's relation to space?

In Ancient Greece, Euclid set out to define space by devising a codified set of axioms and associated theorems that were then passed down for centuries, thought by many philosophers to be the only sensible way of trying to fathom space. Centuries later, when Newton transformed the 'natural philosophy' of the seventeenth century into the physics of the eighteenth century, he placed the mathematical analysis of space, time, and motion at the center of his work. When Kant began to explore modern notions of 'idealism' and 'realism,' space played a central role. But the study of space was transformed forever when, in 1915, Einstein published his general theory of relativity, explaining that the world is not Euclidean after all.

This volume chronicles the development of philosophical conceptions of space from early antiquity through the medieval period to the early modern era. The chapters describe the interactions at different moments in history between philosophy and various other disciplines, especially geometry, optics, and natural science more generally. Fascinating central figures from the history of mathematics, science and philosophy are discussed, including Euclid, Plato, Aristotle, Proclus, Ibn al-Haytham, Nicole Oresme, Kepler, Descartes, Newton, Leibniz, Berkeley, and Kant. As with other books in the series, shorter essays, or Reflections, enrich the volume by characterizing perspectives on space found in various disciplines including ecology, mathematics, sculpture, neuroscience, cultural geography, art history, and the history of science. 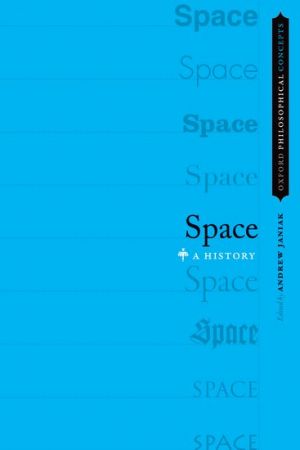