Unsettling Utopia: The Making and Unmaking of French India

After India achieved independence from the British in 1947, there remained five scattered territories governed by the French imperial state. It was not until 1962 that France fully relinquished control. Once decolonization took hold across the subcontinent, Western-led ashrams and utopian communities remained in and around the former French territory of Pondicherry—most notably the Sri Aurobindo Ashram and the Auroville experimental township, which continue to thrive and draw tourists today.

Unsettling Utopia presents a new account of the history of twentieth-century French India to show how colonial projects persisted beyond formal decolonization. Through the experience of the French territories, Jessica Namakkal recasts the relationships among colonization, settlement, postcolonial sovereignty, utopianism, and liberation, considering questions of borders, exile, violence, and citizenship from the margins. She demonstrates how state-sponsored decolonization—the bureaucratic process of transferring governance from an imperial state to a postcolonial state—rarely aligned with local desires. Namakkal examines the colonial histories of the Aurobindo Ashram and Auroville, arguing that their continued success shows how decolonization paradoxically opened new spaces of settlement, perpetuating imperial power. Challenging conventional markers of the boundaries of the colonial era as well as nationalist narratives, Unsettling Utopia sheds new light on the legacies of colonialism and offers bold thinking on what decolonization might yet mean.

Visit Prof. Namakkal's website for press, lectures, and events related to the book. 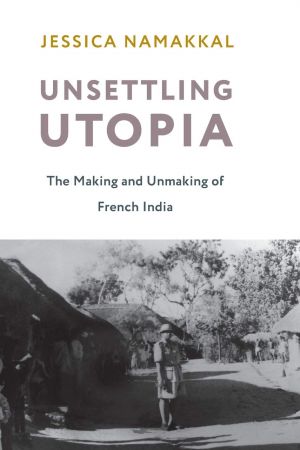