In collaboration with Screen/Society, the Franklin Humanities Institute is happy to announce an international film series on Antigone as part of its World Arts series. Curated by Andrés Fabián Henao Castro, the four films are not strictly adaptations of Antigone (only one explicitly refers to Sophocles’ play), but each takes up the themes of political violence and contested burials in ways that resonate with the ancient tragedy. From Germany to the México-US border, and from Peru to the Congo, the political contestation over who can or cannot be buried invites us to reflect, yet again, on the historical violence that lies at the foundation of the state.

By the trees in the campus of the University of Kinshasa, this documentary focuses on the efforts of a popular Congolese painter to remember a student revolt that was violently repressed by the authoritarian regime of Mobotu in the 60s. As happens in Sophocles’ ancient tragedy, which makes more than one appearance in the film, grief has been interrupted by the state. The public act of collective remembrance, into which the current students at the University of Kinshasa are invited, exposes the ways in which the ancient Lovanium continues to haunt the Democratic Republic of Congo with its colonial afterlives.

END_OF_DOCUMENT_TOKEN_TO_BE_REPLACED 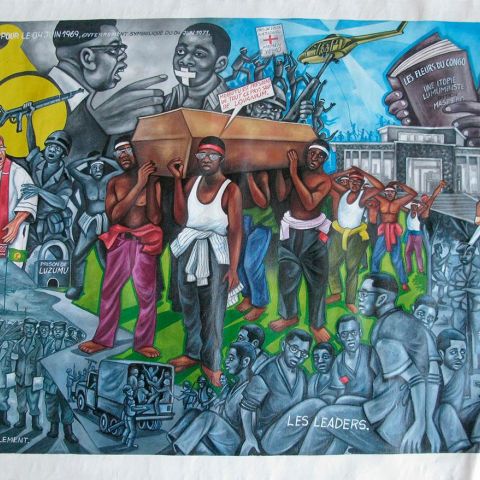