Interrogating "Value from Below": An Ethnography of Culture and Power in London’s Carnival Art and Music Scene

tgiFHI gives Duke faculty in the humanities, interpretative social sciences and arts the opportunity to present their current research to their departmental (and interdepartmental) colleagues, students, and other interlocutors in their fields.

END_OF_DOCUMENT_TOKEN_TO_BE_REPLACED

About the Talk
The Notting Hill Carnival (NHC) is an annual celebration that takes place over the August Bank Holiday weekend in London and showcases Caribbean carnival art forms as a single, meta-performance in the streets. Considered to be the largest street festival in Europe, the two-day event draws an audience of nearly two million people every year and generates an estimated £100M annually for the British economy. While acknowledging the immense popularity and economic significance of the NHC, this talk sheds light on valuations of carnival beyond the privileging of accumulations of money and capital. This is done by centering the activities and experiences of Black carnivalists of Caribbean heritage in the UK (the primary cultural producers of the event) who invest their time, energy, and resources into making carnival every year even though they are not the principal financial beneficiaries of the monies that the carnival generates. Since money is not the central motivating factor stipulating their participation and engagement, what is it about carnival and carnival arts that drive their participation year-in and year-out? What might investigations of the entanglements of culture, power, and race in the lives of Black British carnivalists reveal about their relationship to, and investments in, the NHC?

About the Speaker
Deonte Harris is an Assistant Professor of the Practice in International Comparative Studies, with a secondary appointment in Music. As an interdisciplinary scholar, Harris’s research interests consist of African diasporic musics, global Black political cultures, and the critical study of race and value. His current book-in-progress interrogates the cultural politics of race, space, and value among Black Britons, focused on the production of London’s Caribbean carnival art and music scene. 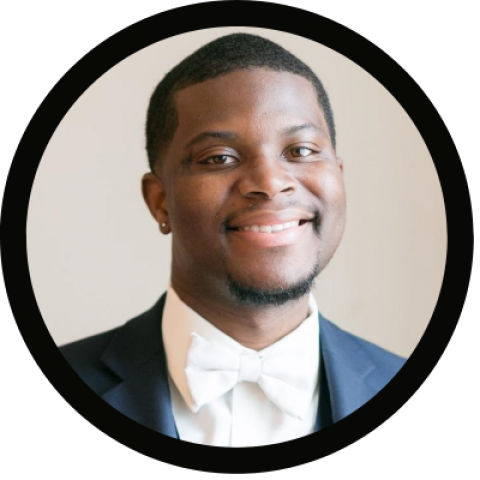