END_OF_DOCUMENT_TOKEN_TO_BE_REPLACED

"The power of imagination to help humans break free of confinement is truly the story of all art," says Ngũgĩ wa Thiongʼo, the celebrated writer and Distinguished Professor of English & Comparative Literature at the University of California, Irvine, in his prison memoir, Wrestling with the Devil. Ngũgĩ was imprisoned without charge in 1977-1978 in a maximum-security prison in his native Kenya. Here he wrote-and nearly lost-his novel Devil on the Cross in Gĩkũyũ, his mother tongue, on the prison's toilet paper. Facing political persecution, assassination attempts, and censorship after his release, Ngũgĩ has lived in exile, holding distinguished professorships at universities in Europe and America. A prominent voice for democratic and human rights, he pioneered and advocates decolonization "of the mind." Professor Ngũgĩ's novels, short stories, plays, and other writing have been translated into more than thirty languages. He has been awarded eleven honorary doctorates and many honors.

Join a conversation between Professor Ngũgĩ, Leela Prasad (Professor, Religious Studies, Duke University) and Berlin-based novelist, playwright & essayist Jamie McGhee, author of You Mean It Or You Don't: James Baldwin's Radical Challenge to the Church (co-authored with Adam Hollowell) and the graphic novel Not Light, But Fire. This event is part of the Carceral Imaginary Working Group at the Franklin Humanities Institute at Duke University.

END_OF_DOCUMENT_TOKEN_TO_BE_REPLACED 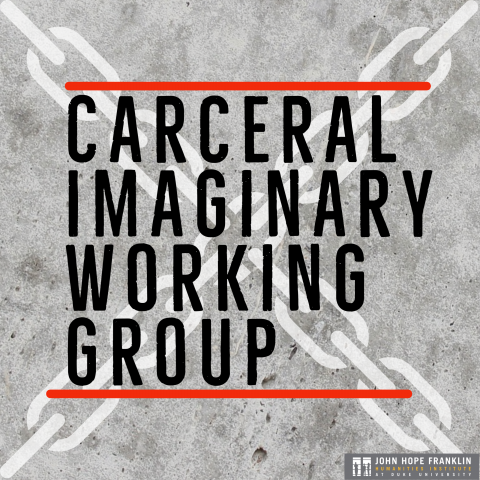