Legal and Affective Archives of Atrocity: The Afterlives of Genocide Trials in Occupied Istanbul (1918-23)

tgiFHI gives Duke faculty in the humanities, interpretative social sciences and arts the opportunity to present their current research to their departmental (and interdepartmental) colleagues, students, and other interlocutors in their fields.

END_OF_DOCUMENT_TOKEN_TO_BE_REPLACED

And for more on Dr. Göknar's work, read his interview in our "Meet Your Humanities Faculty" series. 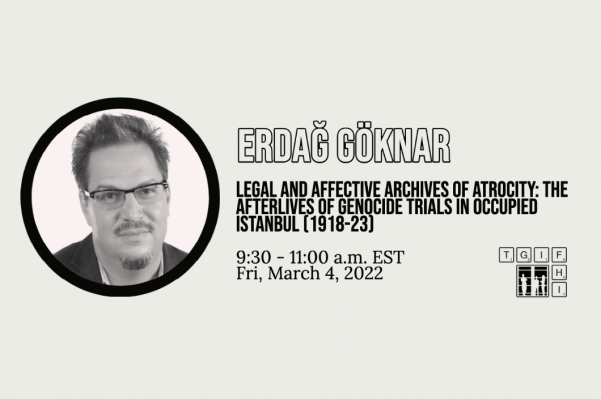 About the Talk:
This talk examines the context of military tribunals that took place in Istanbul in the aftermath of the Armenian genocide. After the Allied powers occupied the Ottoman capital, Istanbul, in 1918, military tribunals were organized under Ottoman law to try perpetrators of crimes committed against the Armenian population. While these trials (which lasted until 1920) established an early archive of genocide, the incomplete and fragmentary status of the archive has raised questions about its probative value. In my reframing, the evidentiary archive is reread as an affective and mnemonic source which carries historiographic significance in the present. By analyzing the legacies of the 1918-20 tribunals, this talk traces a post-Ottoman imaginary in which ethnic cleansing and genocide are centrally located.

About the Speaker:
Erdağ Göknar is Associate Professor of Turkish and Middle East Studies at Duke University and former director of the Duke Middle East Studies Center. His research focuses on representations of Turkish identity, subjectivity and secularism at the intersection of literature and politics in the late Ottoman empire and contemporary Turkey. His books include Orhan Pamuk, Secularism and Blasphemy: The Politics of the Turkish Novel (Routledge, 2013); a co-edited volume, Mediterranean Passages: Readings from Dido to Derrida (UNC Press, 2008); and English-language translations of Ahmet Hamdi Tanpınar's A Mind at Peace (Archipelago Books, 2011), Orhan Pamuk's My Name is Red (Knopf, 2010; 2001), and Atiq Rahimi's Earth and Ashes (Harcourt, 2002). 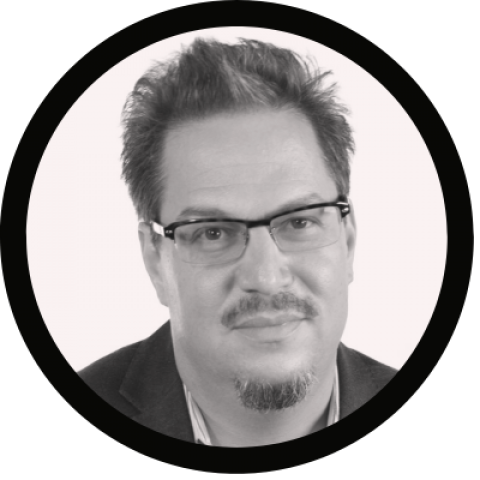