01/25/22 UPDATE: Due to COVID concerns, this event is now only offered virtually.

END_OF_DOCUMENT_TOKEN_TO_BE_REPLACED

Read an interview with Dr. Lee ahead of her talk: Meet Your Humanities Faculty: Esther Kim Lee

About the Talk
Yellowface describes the theatrical convention of using makeup, costumes, and visual technology to transform someone to look East Asian. In most cases, the skin is darkened, and the eyes are altered with eye shadow, tape, or prosthetics to make them look slanted. The makeup is often accompanied by costumes and settings intended to inspire fantasies of an exotic, faraway land, and by gestures and sounds that evoke the foreign. Based on the forthcoming book, Made-Up Asians: Yellowface During the Exclusion Era, this talk focuses on the most consequential justification for yellowface: scientific descriptions of the “Mongolian” race. Scientific writings about racial differences provided a rationale for excluding Asians, but at the same time, they suggested how actors could transform themselves to look Asian. Yellowface makeup during the Exclusion Era closely followed the descriptions of human racial differences published in books written by European and Euro-American scientists and physicians. In such books, the term “Mongolian race” encompassed all East Asians, but in practice, it was often synonymous with “Chinese.” Yellowface makeup was developed for characters that were identified racially as “Mongolian” but who looked “Chinese,” and the talk examines how writings about physiognomy, in particular, shaped the look of yellowface.

About the Speaker
Esther Kim Lee is Professor of Theater Studies and International Comparative Studies and the Director of the Asian American and Diaspora Studies at Duke University. She teaches and writes about theatre history, Asian American theatre, Korean diaspora theatre, and globalization and theatre. She is the author of A History of Asian American Theatre (Cambridge University Press, 2006), which received the 2007 Award for Outstanding Book given by Association for Theatre in Higher Education. She edited Seven Contemporary Plays from the Korean Diaspora in the Americas (Duke University Press, 2012) and authored The Theatre of David Henry Hwang (Bloomsbury Methuen Drama, 2015). Her latest book, Made-Up Asians: Yellowface During the Exclusion Era is forthcoming with the University of Michigan Press. Visit her website: http://estherkimlee.com/

END_OF_DOCUMENT_TOKEN_TO_BE_REPLACED 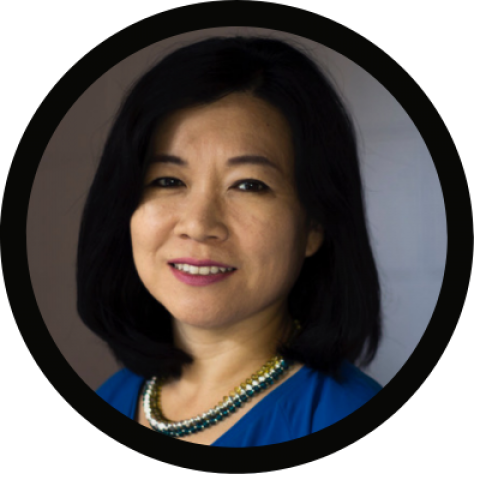