The Right to Housing: The Fight for Housing

END_OF_DOCUMENT_TOKEN_TO_BE_REPLACED

A home is fundamental to the human condition. And yet many people—over time and across the world today—struggle to find, or keep, this most basic necessity. What does it mean to assert a right to safe, sustainable, affordable housing? And what are the political, ethical, and existential issues raised by its lack or unattainability?

This two-part event (Sept. 24 and Oct. 1) will be moderated by Brian Goldstone, a journalist and anthropologist currently writing a book on gentrification, housing insecurity, and the rise of the working homeless, and Anne Allison, Duke anthropologist who has worked on precarity, lonely death, and homeless dead in Japan.

Among the most striking political developments in recent years is the emergence of a powerful grassroots tenant rights movement. Denouncing the profiteering, predatory speculation, and engineered segregation that has deprived an unprecedented number of people—the majority of them working-class black and brown Americans—of a roof over their heads, tenants and their allies are organizing for structural transformation: a dismantling of the "real estate state" and the guarantee of a safe, permanently affordable home for everyone living in the United States. The movement has introduced a radical language for talking about housing, one premised on human shelter not as an investment to be exploited for profit but as a basic right, no less vital than education or access to food and medicine. This session will explore the present and future directions of the insistence on a right to housing—a demand that's only grown more urgent with the insecurity wrought by COVID-19. The session will feature: Samuel Stein (Community Service Society of New York), Tara Raghuveer (KC Tenants/People’s Action), Tracy Rosenthal (LA Tenants Union), and Hannah Black (artist and writer).

Attendees are invited to one, or both sessions, and are urged to read the writing of the participants ahead of time.

Steph Grohmann, “Introduction,” The Ethics of Space: Homelessness and Squatting in Urban England.

END_OF_DOCUMENT_TOKEN_TO_BE_REPLACED 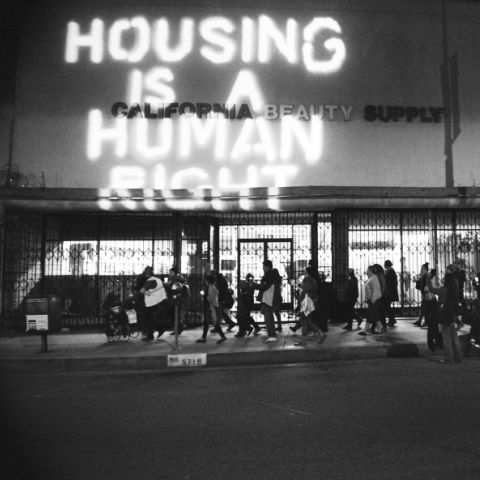