tgiFHI: Cassandra Casias, "(Her) Breast is Best: Mothers and Wet-Nurses in Roman Africa"

"(Her) Breast is Best: Mothers and Wet-Nurses in Roman Africa"

The recent baby formula shortage in the US has highlighted the cultural shame directed against mothers when they cannot-or choose not to-breastfeed their infants. Even though breastfeeding might be impossible for a multitude of medical or socio-economic reasons, individual women face blame for denying their infants what is considered the best option, regardless of context. Elite mothers in the Roman Empire faced a similar type of shaming about how their infants were fed. Many works of Roman literature promoted breastfeeding as ideally a maternal activity and condemned the widespread practice of outsourcing the task to free and enslaved wet-nurses. These authors, all of whom were aristocratic men, suggested that wet-nurses had the potential to create disruption and distance between parents and children in the Roman family. In order to challenge this limited representation, this talk focuses on the uniquely rich yet often overlooked evidence from Roman North Africa, including the Passion of Perpetua and North African patristic writers Tertullian of Carthage, Cyprian of Carthage, and Augustine of Hippo. These texts contain clues that mothers, wet-nurses, and other caregivers could work together to provide stability and consistency for free children in Roman African households. In this talk, the evidence of the Roman provinces in late antiquity sheds new light on breastfeeding practices and assumptions under the Roman empire.

Cassandra Casias grew up in the Southwest as part of an extended Chicano family. Always interested in history more broadly, she discovered Latin and Greek at Colorado College and pursued a Master's in Classics at the University of Colorado at Boulder. She moved to the South for her PhD in History at Emory University. Cassandra accepted a job offer at Duke University the day before the COVID shutdown, and this is her third year in Durham. 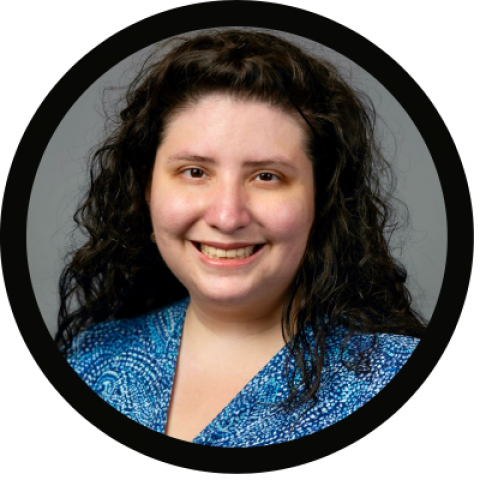