Plato witnessed the decline of Athens from a hegemonic political power to a city state that struggled to recover its glory in the midst of dissension and war. With the help of medical imageries, many of his contemporaries laid the blame for particular episodes of political degeneration or failure on current politicians. In this talk, I argue that while Plato similarly resorts to medical imageries, he offers different analyses of the nature and roots of political problems. Focusing on the Gorgias and the Republic, I contend that he can be seen as working towards a functional model of political vices. Political vices as a whole consist in a substantive deviation from the normative organization of a political entity, because of which the entity performs its function-collective human living-poorly. Particular episodes of political degeneration or failure are manifestations of political vices. In spite of the continuity in his proposed model of political vices, Plato puts forward different accounts of their roots. In the Gorgias, he identifies the roots of political vices as lying in the ignorance of founding fathers, who establish institutions, policies, and practices that are definitive of a political entity. By contrast, in the Republic, he suggests that a corrupt culture-understood broadly as to cover a society's overall intellectual, moral, and material dimension-is the root of political vices and their manifold manifestations.

Bio: Wenjin Liu is a Research Assistant Professor at the Philosophy Department. She is finishing up her PhD dissertation, titled, Plato's Theories of Vice, at Princeton University, where she is a member of the Interdepartmental Program in Classical Philosophy. She earned her BA in Philosophy and Classical Studies from the University of Pennsylvania in 2015. At the moment, she is working on a series of articles that explore the darker side of humanity, focusing on ignorance, individual vices, and political vices, via the lens of the Platonic Corpus. Building on those articles, she will complete a monograph, which argues that Plato's works are home to two different pictures about the darker side of humanity. She also works on parallel ideas in Classical Chinese Philosophy.

Breakfast served at 9 am. Masks required.
RSVP for this in-person event: https://duke.is/rz7gc 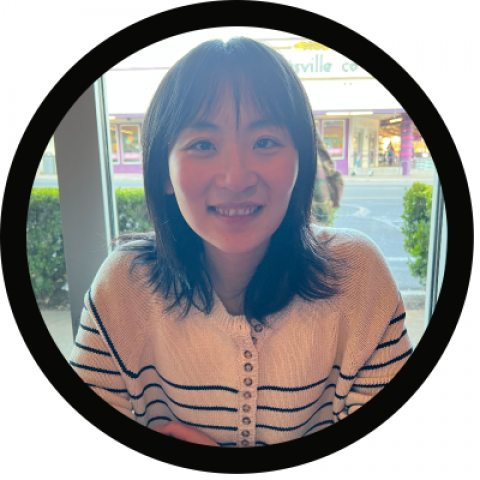