The paper will discuss British Travel Literature of the nineteenth century on the Near and Middle East in its connections with the Utopian genre. Starting from the well-known debates inaugurated by Edward Said and Orientalist studies, elaborated by postcolonial and gender criticism, this reading of some of the Orientalist discourses may serve to re-propose issues still at stake in the complex definition of global culture. Amongst the many travelogues portraying diverse cultural and social traditions both as a critique and reinforcement of the relationship identity-otherness, the ones on nineteenth-century Near and Middle East represent important works for their impact on diverse audiences, their political and cultural import, and their cultural contexts of creation in connection with the politics of colonialism and imperialism. The interconnection between fictional and factual elements as well as the intertextuality and cultural translations that characterize the genre emphasise the high literariness of the representation of the journey. One of the major issues raised in both travel and utopian literature is the complex relationship between identity and otherness in the construction (and deconstruction) of personal and collective identity where the relationship between the country of origin and the ‘Orient’ might represent a projection of repressed desire and fears as well as an expression of cultural and political ideologies, and a reinforcement of the traveller’s subject position. A comparison between male and female travel writings shows how the ‘Orient’ represents a critical terrain that unveils their diverse subject positions in the social order. The interplay of several discursive formations such as the categories of gender, ‘race’, ethnicity, class, and sexual preference informs the process of representation, while translation and intertextuality are essential part of their transposition into the narrative, thus anticipating some of the complex issues in today’s debates in literary theory. Women travellers’ definition of themselves as subjects in transition (for instance with respect to geographical borders and language) may anticipate some concerns of the critical debates on global (feminist) studies. The analysis will make reference to the travel writings by Richard. F. Burton (1855; 1885), Edward W. Lane (1836), Charles Doughty (1888), Alexander W. Kinglake (1844), Mary W. Montagu (1763), Julia Pardoe (1837), Gertrude Bell (1894), and Cristina Trivulzio di Belgiojoso (1858).

Rita Monticelli is associate Professor at the University of Bologna where she teaches English literature, gender and cultural studies, theories and history of culture in the Department of Modern Languages, Literatures, and Cultures. Her research interests include memory and trauma studies, the global novel, utopia, and dystopia, travel literature. She is currently working on cultural memory and trauma in contemporary dystopian fiction and visual culture, and on literature as cultural ecology. She is member of the international European research networks and Ph.D. programs EDGES and GRACE, centered on gender studies and cultures of equality. She directs the Centre for Utopian Studies at the Università di Bologna. She coordinates the International Erasmus Mundus GEMMA (women's and gender studies) at the University of Bologna. She is Confidential Counsellor.

END_OF_DOCUMENT_TOKEN_TO_BE_REPLACED 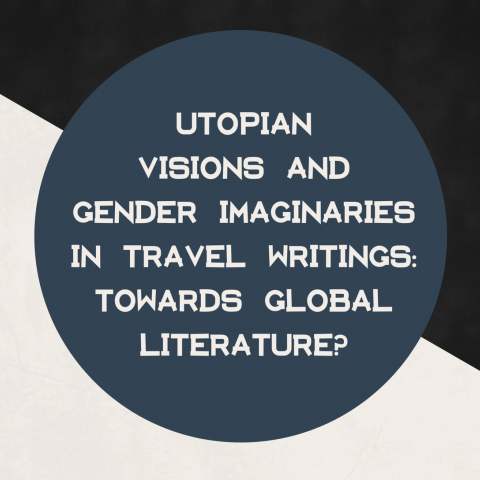