"Way Out of No Way" Humanities Series with Dr. Mark Anthony Neal

All events are free and open to the public. Due to the rise in COVID cases, this event will now be live streamed ONLY. Registrants (including anyone who previously registered for in-person) will receive a link to the live stream via email.

About Northstar 2022 Way Out Of No Way Humanities Series

Eight community engagement presentations from January to August 2022 will include lectures, literary readings, and panel discussions on a variety of topics linked by an overarching theme of creativity in making a Way Out of No Way. The series is co-curated by noted local African American scholars and is made possible in part by the generous support of the NC Humanities Council.

Described as a willingness to press on through difficult circumstances even when the outlook is decidedly bleak, this 8-month celebration of resilience, creativity, advocacy, and determination is in the African American tradition of way-making. Evidence of way-making can be observed in both historic and modern narratives of struggle and triumph. Black American victory stories are more often than not, woven with threads of resistance-thinking and creative workarounds.  Embedded history of enslavement, bigotry, and racism as well as institutionalized forms of marginalization have encouraged way-making strategies as a means of survival.

Mark Anthony Neal, creator and host of Left of Black, a weekly video podcast produced by the John Hope Franklin Humanities Institute, is the James B. Duke Distinguished Professor of African & African American Studies and Chair of the Department of African & African American Studies at Duke University where he offers courses on Black Masculinity, Popular Culture, and Digital Humanities, with signature courses on Michael Jackson & the Black Performance Tradition. Neal co-teaches The History of Hip-Hop with GRAMMY® Award-winning producer 9th Wonder (Patrick Douthit). He is the author of several books including the new release, Black Ephemera: The Crisis and Challenge of the Musical Archive, expected March 2022.

Karla FC Holloway, is the James B. Duke Emerita Professor of English, African-American Studies, and Professor of Law at Duke University. Her classrooms and scholarship are focused on literature, law, and bioethics. In 2017, she turned her full attention to writing fiction and published debut literary fiction, A Death In Harlem (2019) and her anticipated second novel, Gone Missing in Harlem (2021).

Any views, findings, conclusions, or recommendations expressed in this series, do not necessarily represent those of North Carolina Humanities or the National Endowment for the Humanities. 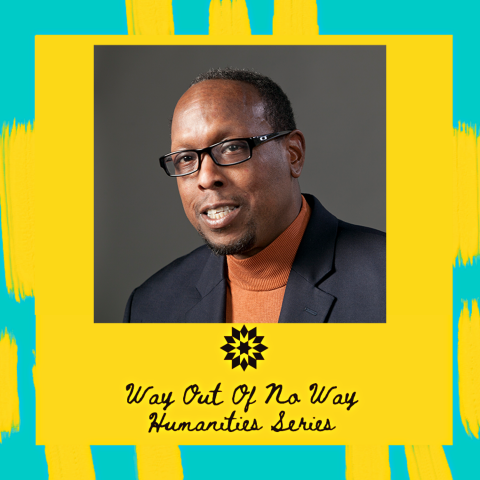 North Star Church of the Arts