Level Up With Story+

Mary Helen Wood (T’21) arrived at Duke with interests in Statistics and Public Policy as well as the humanities. Torn between two summer research programs, Data+ and Story+, she applied to both.

“I really liked that none of the Story+ projects fit into one box, even though they were all humanities-oriented,” she says.

Having enjoyed a class at the Center for Documentary Studies, she was attracted to the Coal in America project because it involved doing fieldwork in Appalachia, conducting interviews with coal workers and their families. “When I realized I’d be doing oral history, I jumped on board.”

Still, she had some hesitations. “It was hard to imagine what humanities research was going to look like. I didn’t come in with high expectations – or negative ones, I just didn’t know what to expect. But I was blown away.”

Among the skills that she developed during the six-week program was interviewing. Her teammates were a big help: “Malu [Frasson-Nori] was one of the producers of Hear at Duke [a student podcast], and hearing her interview was so inspiring – she was so skilled at it.” Another teammate, Morgan Ruff, took pains to make sure that an initially distrustful subject was comfortable before starting their interview, assuring him that the project was historical and not agenda-driven.

Wood also learned some techniques for communicating better with a team. “I wrote in my weekly reflection that I thought I had a tendency to criticize others’ ideas too quickly. Our project sponsor Jonathon Free taught me to repeat what you think that others have said before offering them any positive or negative feedback, so that they feel heard.”

She enjoyed the experience so much that she plans to continue working on the project through Bass Connections during the 2018-2019 academic year. “I definitely want to be a humanities major now. Stories have the power to move individuals beyond what they would see if they’re looking at the numbers. The radical empathy that stories bring out of us is needed.”

“My first year at Duke, I came in undecided, and took classes in eight different departments,” says rising senior Ethan Ahuna (T’19). He eventually “fell in love with Sociology,”  and added minors in Spanish and Education, but decided to keep exploring. “I made Duke about getting different types of experience, and Story+ was another kind of experience.”

Curious about what it would be like to tell stories in an academic context, he applied for a Story+ project with Student Action with Farmworkers (SAF), a nonprofit that helps students build experience advocating with and for rural migrant farmworkers. His team was given access to the organization’s archive of over 25 years of documentary video, photos, stories, transcripts, newspaper clippings, and journal entries, and asked to make compelling stories out of the material. The team ended up creating three short documentary videos.

“I thought it would be 9-5, clock-in, clock-out, get instructions, and do the tasks they told you to do,” Ahuna said. Instead, the team was given the freedom to conceptualize and create their project from the ground up. “We spent six weeks making and brainstorming and deciding and consulting. It was a totally different kind of experience to organize yourself and work with a team and at the end of six weeks, have a project. I can take that experience and use it at any type of job or pursuit.”

While he hasn’t yet decided on a career path, Ahuna is already using his storytelling skills to open up future opportunities. “I started thinking about a portfolio after a presentation by Dr. Aaron Dinin from I&E [Innovation and Entrepreneurship]. My resume doesn’t show as well as I would like why my past is the way it is. So I started building a website about all the things I’ve done in college, creating a narrative, to help me see where I want to go and figure out future steps.”

That’s what Duke undergraduate Aasha Henderson (T’21) remembers thinking as she was searching for a summer opportunity at the end of her first year. After academic adviser Heather Settle suggested the Story+ program, a project on Caribbean migration to the United States caught Henderson’s eye. She was interested in immigration, and the six-week research program seemed unintimidating: “I liked the idea of telling stories, and I felt like since I didn’t have a lot of research experience, it would be a good thing to start off with.”

She quickly found out that the project was different than what she’d expected. “Our team met with project sponsor Prof. Laurent Dubois and our grad mentor Ayanna Legros, and talked about going into the archive and reviewing documents. I thought we’d be there every day, which I thought was okay since it was interesting material. In reality, we did a lot more to understand the history of Haiti and Cuba, and their relationship with the United States.”

Researching the United States’ immigration policies towards Haiti and Cuba in the 1980s and 1990s shifted Henderson’s perspective. “I saw parallels between then and now. The photos that I saw of Haitians looked like they could be Syrian refugees crossing the Mediterranean…I grew up learning history from an American perspective, and this research opened my mind to things that weren’t talked about or weren’t considered important enough to teach.”

The project reinvigorated her interest in Global Health, first stoked by a positive experience in the Global Health: Problems and Paradigms FOCUS cluster. “I’m still figuring out my major, but whatever I choose, I want to continue pre-med courses, learn to speak Spanish fluently, and continue to learn about other cultures and ways of life.”

Story+ prepared Political Science major Annie Lo (T’18) for a senior thesis project and her first job after graduation. She participated in the program during its pilot year in the summer of 2017.

“I really valued Story+, because I hadn’t had the chance to work on a big research project yet. Most research opportunities at Duke seemed centered on the hard sciences, but this one involved discourse analysis and qualitative research."

“My team worked on an issue that was really interesting - the fight for a $15 minimum wage in several states. As a politically engaged person from the South, I was already interested in issues like voting rights, but I hadn’t worked on minimum wage before, and it really opened up my eyes up to state and local statutory politics.”

“Encouraged and empowered” by her Story+ experience, Annie embarked on a senior thesis project the following academic year, on the intersections between the racial compositions of city councils and policies historically significant to communities of color. After graduating, she secured a position as a Research & Program Associate at the Brennan Center for Justice at the New York University School of Law, where she focuses on redistricting reform intended to combat gerrymandering.

“I feel incredibly lucky and grateful that I was able to funnel my experiences into this position,” she says.

Interested in learning more about the Story+ program and other undergraduate opportunities at the Franklin Humanities Institute? Join us at our Open House at 4pm on Tuesday, September 4, 2018! 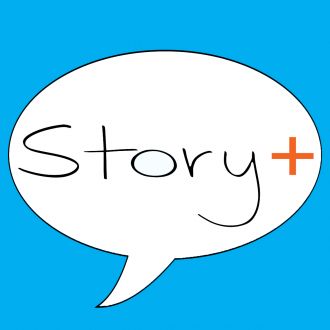