Asian American Studies was founded upon the idea of “Third Worldism”—so why is this no longer the predominant sensibility among scholars in the field? How does the history of Asian American Studies, as a field, tell a larger story about multiracial solidarity in the United States? And how does intellectual history provide a unique space to think about race, and then to consider new frameworks?

Here we interview Assistant Research Professor of History Calvin Cheung-Miaw about his research and teaching. Dr. Cheung-Miaw gave a talk entitled "From Color-Line to Colorlines: Asian-American Intellectuals in the 1980s and 1990s" on Friday, January 21, 2022, as part of our tgiFHI series:

My research is at the intersection of Asian American intellectual history and social movement history. I'm generally interested in how people have thought about race in the post-civil rights era.

Third Worldism was the predominant sensibility among the students who demanded the creation of Asian American Studies and the scholars who built the field in the late-1960s and 1970s. In my current project, I start in the late-60s and look at how this sensibility shifted by the 2000s.

The 1990s was a crucial turning point; This was when a lot of complex conflicts among racially subordinated communities occurred. There was the so-called Black-Korean conflict in Los Angeles, the lawsuit by Chinese American parents challenging San Francisco’s desegregation order, and the controversy over whether Asians were part of settler colonialism in Hawaii. These conflicts all generated lots of debate in Asian American Studies.

Today, scholars and activists committed to multiracial solidarity are much more likely to believe that communities occupy distinct positionalities, and that their paths toward empowerment are likely to come into conflict.

I’m interested in what the history of Asian American Studies can tell us about why this big shift happened.

How did your interests develop over time?

When I finished my PhD exams, I wasn't really sure what I wanted to research for my dissertation. What helped was talking to organizers.

In 2018, I was at a convening of Asian American grassroots organizations from across the country. I distinctly remember a Chinese immigrant working-class organizer asking the group whether Asian Americans are people of color. He explained that when he worked with Black or Latinx organizations in Philadelphia, the attitude was that Asian Americans were not. This stuck with me.

Then I read one of my favorite books of literary history and criticism, Colleen Lye’s America’s Asia. In the book, Lye tells a story about a student asking her if Asian Americans are people of color. Lye writes in her book that there’s no easy answer to this question.

This struck me as a really different response than what would have been given in the 1970s, when folks saw themselves as sharing the same status as other Third World communities exploited by white supremacy and capitalism.

At some point, Third Worldism became fraught, even for people committed to Asian American Studies and activism. I wanted to know how and why this change happened.

Intellectual historians have, I think, an interesting relationship with interdisciplinarity because our sources are often the bodies of scholarship of other disciplines.

That's how I come at it. I mean, there are definitely some takes that are wrong! And certainly, Asian American Studies is born out of the work of people with deeply held progressive or radical political commitments—that’s something I love about the field.

But as a scholar, my intention is not to say that any one side of the debates in Asian American Studies is right or wrong. Instead, I’m trying to understand how the debates arose, their implications, and where they have led.

I do a bunch of political writing where I try to convince my reader to take a particular stance, but this book is a different project. What's important about this project are the questions that it raises.

What’s the most interesting thing you’ve found in the archives?

I love doing archival work. I think most historians do.

One of the most interesting things I’ve found was at the University of California, Davis, where there’s a library named after one of the Asian American Studies department’s first full-time tenure track faculty, George Kagiwada.

While looking through a bunch of files that hadn’t been fully processed yet, I came across an organizing campaign from 1976 that I’d never heard about: the tenure fight of George Kagiwada.

George Kagiwada had published very, very little in terms of academic writing. But he boldly argued that he ought to get tenure on the basis of his contributions to social change. His main example was his work chairing the Asian American Studies Program.

His department voted to not grant him tenure, which isn't a surprise. But there were a bunch of students and community members who organized to support him—and he eventually won.

I found all of these documents from the organizing campaign’s meeting minutes to Kagiwada’s letters to his colleagues. It was a really fascinating window into this campaign. There were also records from UC Davis faculty of color—“Third World faculty,” at the time—who, following Kagiwada’s victory, came up with alternative criteria for tenure for Third World faculty.

To this day, I still can't believe that George Kagiwada won tenure on the argument that chairing the Asian American Studies Program was a contribution to social transformation.

I think this shows how savvy Asian American Studies folks were at that time in both trying to navigate the university and in trying to hold onto the activist visions that inspired the creation of the field.

I hope people come away more interested in Asian American intellectual history, and in historicizing our frameworks for thinking about multiracial politics in the United States.

I’d like to raise the question of whether we can open up other frameworks for thinking about multiracial alliance and, in fact, adjust the meaning of racial justice in a multiracial society.

This semester, I’m teaching a lecture course called “Introduction to Asian American History” and a seminar called “Theorizing Liberation,” which is radical intellectual history of the post-civil rights era. 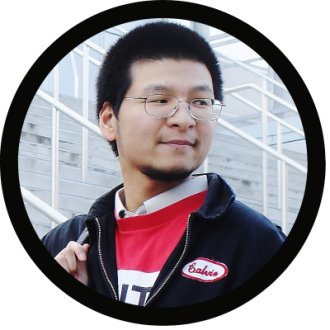