Dr. Darren Gobert is the William and Sue Gross Professor of Theater Studies and Professor of English. In this edited and condensed interview, he describes the process of reconstructing and imagining the unknowable in performance studies, the way cultural scripts pass through our bodies both on stage and in everyday life, and why theater artists can still create performances in lockdown.

On his research interests and how they developed:

I'm a theater historian. I think about theater history as a way to understand how ideas have cohered, spread, and evolved through time, specifically through the material of the body: bodily performance and acts of embodiment.

I was a bit of a magpie as a student. I was really interested in philosophy, in theater, in French literature. And I felt like my interests didn't have a focus until I got to graduate school in a program where I felt licensed to constellate those different interests. Over the 15 years of my career, I've been following that path steadfastly. I’ve been thinking about the history of dramatic literature and the history of theater as an embodied archive for how ideas have been disseminated and dispersed from time to time and place to place.

How do you research performance and acts of embodiment when you can't experience past productions physically?

That’s the central question, really, of all theater history and performance studies: you're dealing with an archive that is not necessarily a written archive. You're thinking about embodiment, acts of embodiment, and performances that have receded. We have to look to archival materials to reconstruct what might have happened, and then imagine those performances.

One of our tasks is to see how performances today might reflect the lineages of cultural transmission that have passed through performers’ bodies. That sounds really abstract, but if you think about how a choreographer passes on a piece of choreography to dancers and how those dancers in turn relay that choreography to other dancers, it works that way for all these embodied performances.

In some ways we bear the traces of those histories in the way that we behave, not only on stage, but in everyday life. One of the easiest ways to understand that, I think, is if we think about how gender gets signified. That's a prime example of a cultural script that people have taken up and transmitted without necessarily thinking about it. It seems as natural as breathing and yet there is a script there that gets taken up.

My current project is about the concept of catharsis, which has been a central concept in theater history. We have hundreds and hundreds of years and thousands of documents arguing about what this concept means. These documents are often logically incompatible with one another. What I'm looking at now is how the prevailing wisdom of what catharsis is was disseminated and morphed from time to time and place to place.

I'm working from a particularly large archive. I had a research team at my former institution and a large grant from the Social Sciences and Humanities Research Council of Canada to just gather as much material as I could. That archive has become the primary critical archive that I use for this this book. It's about 124 critical texts on catharsis written over 500 years and in over 20 languages.

It’s a large-scale picture that I can dip into. In my book, I look at specific moments in various times and places and talk about moments of coherence, where a particular picture of catharsis emerged. When I find a moment that seems to be particularly worth examining, I try to hone in and look at the performances, in theater and everyday life, happening at that time.

On Friday, I’m going to talk about moment in 1950s America where certain understandings of catharsis came into focus because of the cultural currency of psychoanalysis. I'll be looking at a play by Tennessee Williams, Suddenly Last Summer. I’ll look at not only its performances, but also the performances in the everyday life of Williams himself, since he wrote the play while undergoing daily analysis. We have pictures from his journals, from his letters, and from the clinical notes of his analyst. I can try to reconstruct and imagine what was happening through what he described in his own words and to his friends.

What is your process of reconstructing and imagining performances?

This question sits at the heart of the methodology of theater history because it's impossible in some ways. I think the first part of the process is to recognize the unknowability of what you're trying to describe and that you have to have a contingent relationship to the performance in question because you can't say anything too definitive about it. Think of a very scripted performance, such as a theatrical performance on stage. It differs from night to night due to any number of factors. That's the beauty of performance.

As theater historians, we have a different understanding of the archives and repertoires that we work with because we recognize that their potency comes precisely from their unknowability. I think you really just try to understand as much as you can about the context in which the performance happened. And if you can congregate a whole bunch of accounts of what people claimed to have seen, you can start to reconstruct what might have happened.

That act of imagination is, of course, a performance of its own. And like any performance, it’s going to differ from its antecedent performances. In your writing, you have to keep a certain epistemological stance about what you’re looking at and be self-critical about your imagining.

What do you hope people will take away from this talk?

I hope that people will take away a richer understanding of how theater history works as a discipline, in its relationship to all of the other humanities disciplines. Theater history is such a such a great field because you can align it precisely with all kinds of classical humanities, such as art history, history, or philosophy, even as half of the work that's done in any given theater history program is arts-focused. I would like people to take away a sense of the richness and interdisciplinarity of theater history in general.

My work might be particularly legible as interdisciplinary because the ideas that I'm interested in are really historical and philosophical ideas. My first book, The Mind-Body Stage, was about philosophy and theater because the archive in question was entirely a philosophical archive, even though I was looking at a lot of performances. In the same way, my current project touches at the heart of a central question not only in theater history, but also classics, because the concept of catharsis comes from Aristotle's Poetics.

Currently, I'm teaching our department’s required introduction to the discipline: “Theater Today.” The primary point of that class, as I teach it, is to have students read plays and appreciate them both as incredible artifacts that we can start to reconstruct, and also as blueprints for wonderful works of theater performance that we can create. The current situation hampers us somewhat—but we still can create.

The constraints of 12 feet apart in masks are in some ways no different than any other constraints that have marked the history of performance. In every play we read in this class, we aim to understand the context of the culture that produced it, including the various material constraints that made the play what it was: you didn’t have women on stage, you didn't have electric lights, you didn't have a roof. And now we’re making performances where the performers have to be a certain distance apart.

I think, in theory, it's a really interesting moment to teach theater history. In practice, because it’s such a collaborative art form, it would be wrong not to admit how sad it is that you can't really be together in the way that you're used to. And I think what we're all grappling with is trying to find the creative potential of this new reality we're living in without getting pulled in the undertow of mourning what we've lost. That's the challenge for me, anyway.

Most of my work has been as editor of the journal Modern Drama; my twentieth and last issue was published a few months ago. And here's what else I have written since I came to Duke last year: 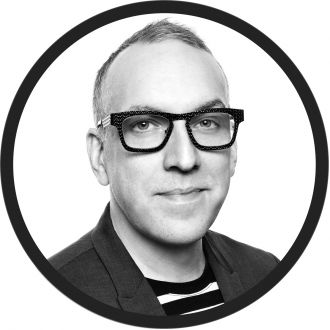