Of the £100 million generated by London's Notting HIll Carnival each year, very little is seen by the artists who make up the carnival—so what keeps the artists coming back year after year? What kind of "value" does the carnival pose to the artists, outside of the typical economic framework? And what might it look like for scholars to pursue knowledge in solidarity, and to give knowledge and materials back to the communities that they study?

Here we interview Assistant Professor of the Practice in International Comparative Studies Deonte Harris about his research and teaching. Dr. Harris gave a talk entitled "Interrogating 'Value from Below': An Ethnography of Culture and Power in London’s Carnival Art and Music Scene" on Friday, January 28, 2022, as part of our tgiFHI series.

I’m interested in exploring global Blackness and its complexities.

I have a PhD in ethnomusicology, and while I was in graduate school, I had the opportunity to travel abroad for the first time to conduct a summer research project.

I was interested in working with Caribbean people outside of the Caribbean region because there’s not very much research on those communities within ethnomusicology. And so when I considered the possibilities of places to go, London stood out as both outside of the U.S., outside of the Caribbean, and the furthest destination from me. While there, I immersed myself in a community that I got to learn from every single day: their different accents, cultural norms, and ways of being.

This opened a broader understanding for me of what it means to be Black in the world. My dissertation and current book project would look radically different had I not done this project.

Currently, I’m researching the production of the Caribbean carnival scene in London. I’m in the process of developing a methodological approach to the study of “value,” which doesn’t privilege the usual economic framework. I call it “value from below.”

What I’m after is a larger question of what it means to invest oneself in the carnival. For example, calypso was once quite lucrative, but none of the artists today that I work with are well-paid from performing and recording calypso music. Also, the Notting Hill Carnival (NHC) in London generates nearly £100 million a year, but the overwhelming majority of that money does not go to the masquerade bands, steel bands, DJs, etc.

The strength of calypso and carnival, as a performance practice and cultural tradition, has continued even though the market doesn’t benefit the artists and musicians financially. How and why do these people continue to come out to produce this carnival year after year? What is the value in that? I’ve discovered that “value” oftentimes has to do with things that escape an economic framework.

What was your day-to-day research like for your current project?

For the book project, my research has been mostly ethnographic. There isn’t really an archive on the NHC. There are various individuals who have collected things over the years, but the carnival exists, primarily, as community history.

The first artist that I interviewed for this project is a calypsonian who performs by the name Alexander D Great. He generously taught me some of my earliest “history lessons” on calypso.

Alexander really gave me the inroads to meet people and become known as a researcher in the scene. Now, every time I go back, people will recognize me with my camera and audio recorder. I’ve formed friendships, and will sometimes go back for things like weddings. These are top notch artists, and I'm grateful they have allowed me to learn from them.

Over the years, I’ve tried to absorb as many cultural happenings as possible to get a sense of the scale and scope of what's happening in the scene. It really is a dynamic and brilliant “who's who of artists and musicians.” There’s so much activity, especially in the summers: different concerts, rehearsals, competitions, soca and dancehall fetes every weekend, and educational symposiums—all building up to the two-day carnival.

Something else I learned was how to foster relationships that are not just extractive. I didn’t want to simply go there to gather data in order to write things about them thousands of miles away. I wanted to give the knowledge and material that I was gathering to back to the community in some way.

The Association of Calypsonians UK are currently in the process of developing a digital calypso archive, and I intend to continue to bolster the already existing materials they have. I’ve done so by donating many of my video and audio recordings of performances over the years, and will continue to do so for as long as I’m working with the community.

Prioritizing this sort of non-extractive relationship is also something that I learned from Alexander, and I’m eternally grateful for that.

How does London’s carnival tell a larger story about global Blackness?

I had thought about doing a multi-sited project, but I ultimately decided to focus on London. I want more Black ethnomusicological scholarship to exist on Caribbean people in London—I see this as my contribution.

And the thing is, while the NHC is a local phenomenon, it's also global in terms of its impact. Year after year, the carnival is produced and people come from all around the world for it.

The musical aspect of the carnival offers a unique lens to understand its global reach. For example, if you go to the carnival, you’ll hear recordings of masquerade bands playing soca music—but you probably won’t be hearing local artists. Overwhelmingly, the music that you’ll hear comes from the Caribbean. And each year, the newest soca tunes from the Caribbean are played in London.

London's carnival is situated within a nexus of carnivals that are all interconnected by the music. So, for me, even though I’m focusing on London, I’m listening to a global music, and I’m studying articulations of a diaspora in action.

Interdisciplinarity shows me what’s possible for music scholarship. I gravitate towards Black studies, diaspora studies, and Caribbean studies, and then I integrate them with musical analysis and ethnographic methods.

I'm inspired by a lot of research that happens outside of music. A number of scholars who are in Black studies or English, for example, who also think about music, write in a way that I find so refreshing. I think those scholars have made some crucial contributions to the study of music, and we, as music scholars, stand to benefit from learning from their ways of thinking and writing about music.

An example is La Marr Jurelle Bruce’s book, How to Go Mad Without Losing Your Mind: Madness and Black Radical Creativity (2021). He’s thinking through what it means to be mad, to go mad, to be perceived as mad, in relation to Blackness. And he asks whether it’s possible to create a “mad methodology” with studying things like music. Is it possible to pursue this knowledge not as something to collect, but as something that grows continuously and is rooted in community, solidarity, and radical compassion?

It's this spirit from such scholars that I find really special. It’s a model of the kind of care and thinking that I hope to cultivate in my own work, and that I hope to see in younger scholars.

I hope people come away with a better understanding of what I mean by “value from below.” This approach recognizes that value is a racialized phenomenon.

The NHC generates so much economic value, but you can't really understand the carnival without also thinking about race and the history of struggle against antiblack racism in Britain. Value from below, out of necessity, brings race and marginality, as an analytical framework, into the conversation.

The other point I hope people take away is that there’s a misperception that these large festivals are purely fun and celebratory, but there’s very overt political symbolism that undergirds all the reverie. This, too, is politics that's happening below the surface.

I'm currently one of the co-directors of the Honors Distinction Program in the International Comparative Studies (ICS) program, and I have taught all of the ICS core courses since I joined the faculty here in 2019.

Additionally, I have introduced two new electives to the university. The first is an undergraduate seminar designed to cultivate new cross-cultural, interdisciplinary, and intersectional approaches to the study of value by bringing it together with critical studies of race. The title of the course is “Meaning, Mattering, and Black Being in the World: Towards a Critical Theory of Race and Value.” I’m teaching that this semester, and it is cross-listed as ICS, AAAS, and CULANTH. Feel free to listen along to the course playlist on Apple Music or Spotify.

The other elective is an undergraduate seminar that foregrounds the critical role of the imagination and creativity to modern Black political struggle in global contexts, from the era of Atlantic slavery to the contemporary Black Lives Matter movement. This course is titled “Music and The Black Radical Imagination.” I taught this one last semester, and it cross-listed as ICS, MUS, and AAAS. Listen along to the course playlist on Apple Music or Spotify. 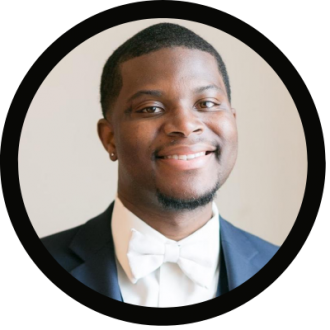