The term "yellowface" is widely understood in pop culture, but it's not a searchable term in the archive catalogs—the concept doesn't exist. What is the first known instance of yellowface? How do theater historians write about live productions that happened in the past? And why is the history of yellowface in theater relevant today?

This week, we interview Esther Kim Lee, Professor of Theater Studies and International Comparative Studies and the Director of the Asian American and Diaspora Studies. Dr. Lee gave a talk entitled "Made-up Asians: Yellowface During the Exclusion Era" on Friday, February 4, 2022, as part of our tgiFHI series:

I'm a theater historian, which means I study the history of theater, past and present. I focus on Asian American theater and Asian diasporic theater.

A week into my last quarter at UC Santa Barbara, an advisor told me that I needed one more general education course in the arts to graduate. The only course still open was a theory class called “Dramatic Structure.”

Little by little, I got really into it. One day, the professor gave a lecture about the structures of drama, the human brain, and computers. A light bulb went up. I went to his office hours and said, “I want to do what you do.” And he turned out to be a very well-known theater theorist! He let me study with him for my master’s. I dedicated my first book to him, Dr. Bert O. States.

That’s how I got started. And then something I learned through these interviews is that the origin story of Asian American theater is yellowface. In a way, my forthcoming book, Made-Up Asians: Yellowface During the Exclusion Era, is a prequel to my first book.

In the 1950s and 1960s, Asian characters were portrayed by mostly white actors in makeup and costumes. Asian American actors couldn’t get cast in principal Asian roles. And so these actors got together and founded theater companies to commission playwrights and create roles for themselves. This is how Asian American theater began. I wanted to explore this origin.

How does your research methodology differ between studying historical and contemporary works?

Historical productions are much more difficult to write about.

We have bits and pieces. We have scripts and production photos. We have writing about and by actors: reviews, autobiographies, gossip columns, and scrapbooks.

The book on yellowface was 100-percent archival. The terminology “yellowface” is not recognized in the archives. I couldn’t go into a catalog and type “yellowface” because the concept doesn't exist. So while I was trying to gather factual information about yellowface, I was also creating new knowledge about how to understand the concept.

To identify actors who did yellowface, I had to go to their files and look at hundreds of images before I’d finally find one. The digitization of the classification didn't help at all. It was really time consuming to go against the dominant mode of archiving. But at the same time, it was fun detective work.

Writing about live theater is much more accurate—at least in my interpretation of it.

The first book from 2006 was mostly interviews. The interview process is about gathering a lot of different stories and then trying to provide a more neutral perspective. People disagree on things. You have to do some interpretation, rather than “he said, she said.”

When writing about live theater, I tend to start with the audience reaction. I sit at the very back to watch the audience. I try to provide a perspective that's usually not reflected in mainstream drama criticism.

The vast majority of theater critics are white men. Their perspectives are very different from mine, especially when we're talking about Asian American plays. I try to educate critics who miss things. I try to be true to what the playwright and director intend to convey to the audience.

What is the most interesting thing you've found in the archives?

I was interested in how far back I can trace this yellowface image. I eventually traced it back to Joseph Grimaldi, the father of modern clowning. His version of “clown yellowface,” as I call it in my book, was the first caricature of a Chinese character. It’s what we're still seeing now.

I actually didn’t find this in the archives. I found a picture—kind of like a collectible photo card for fans since he was so popular—attached to an interlibrary loan book. It was a picture of him in yellowface drawn by an artist in around 1812.

This was one of the big findings of my book! It was proof of “clown yellowface” as early as 1812. It’s the prototype of everything that we're seeing now.

My hand was shaking when I had to return the library book. I'm glad that at least I was able to digitize and share the image. It’s the first image in my book and we go back to it over and over.

Theater history has to be interdisciplinary. That’s something I like about it; I never get bored. There’s dramatic literature: you analyze plays like you would in English. There’s history: you study historiography and handle evidence. There’s art history: I look at actors’ iconographies, stage designs, and fan scrapbooks. There’s also popular culture because theater is about what's popular; If a play isn’t popular, it will close.

This book was also interesting because I got to study the difference between what was seen on stage and what was happening off stage in history. Often there felt like no connection between the two. Why would you vote to exclude Chinese men by law, but then go watch a Chinese character played by a white actor on Broadway?

In some ways, the answer is pretty simple. It was a popular stock character played by a popular actor. People paid money to see it. Audience psychology is one of the more fascinating problems I had to solve in my book.

Why is the history of yellowface relevant today?

The history of yellowface and Asian American theater was absent in my education. It’s ironic that the history of the exclusion of Asians was excluded from my curriculum. I started to write this book with the hope of rectifying this double exclusion.

I saw the way Asians went from quiet model minority to yellow peril almost overnight. To me, those are the exact same stereotype. They're both perpetual foreigners and “undesirable elements,” as Ping Chong put it.

In a way, I should have predicted this. I was writing about yellowface as a tool. It was a technology used by theater artists to perpetuate the idea of the Asian as foreign and excluded. The legacy of its history is still felt. It’s more relevant than ever.

One question I hope people ask is: what are the legacies of historically privileging white actors? We idolize actors because they represent us and our society, but as beautiful and charismatic ideals.

Another question: who has the power to represent whom? Especially today, with the internet and social media, we’re all on camera, so in a way, everybody’s an actor. What does it mean to be an actor now?

I'm not teaching this semester because I'm directing the Asian American & Diaspora Studies Program. This semester is really exciting because we’re going to have a new minor.

Last semester, I taught “History of Acting,” which was a survey of acting from Greek theater to the 21st century.

Next year, I’ll be teaching “Asian American Theater,” a course I teach regularly, as well as a course called “Globalization and Theater,” which looks at how globalization has affected theater around the world.

You can find more readings at http://estherkimlee.com 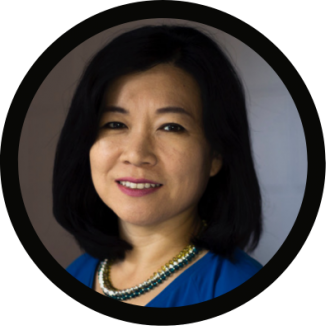