Dr. Fadi A. Bardawil is assistant professor of contemporary Arab cultures in the Department of Asian Studies and Middle East Studies. In this edited and condensed interview, he describes why translation and displaced meanings generate space for new thought, how he's assembled an archive that's underground and dispersed, and how theory comes alive in political action through translation and transfiguration.

I'm an anthropologist by training, but my work is interdisciplinary. There are three intellectual traditions at the heart of my work: political anthropology, critical theory, and intellectual history. So far in my work, I’ve mostly focused on the Arab countries in the Middle East, particularly on Lebanon.

My work is broadly about the articulations of cultural production and political practice. Earlier in my career, I looked at art and politics. In my recent book, I continued to explore these mediations, but through the lens of theory and practice. I used history and ethnography to trace different relationships to theory and its deployment in both revolutionary organizations and academic institutions.

I work in three languages—Arabic, French, and English—and trace the international circulation of critical theory, its translations, and how these translations have been used in different institutional contexts.

How is translation generative?

A main part of my work resides in the displacements of meaning that translation produces. Translation, as I see it, is less a process of producing copies out of an original and more one of generating new ideas. When you move between languages to adapt concepts from one global setting to another, the displacements in meaning, and use, are fertile grounds to produce new ways to think about, and act in, the world.

For example, Gramsci, who wrote in Italian, was translated into Arabic by two members of a political organization I worked with. Neither member read Italian, but one read English and the other read French. They used the English and French translations of Gramsci’s Italian text to produce a unified Arabic text. It’s a translation of two translations.

I’m constantly faced with questions of slippages—and the productivity of those slippages, which open up new possibilities for some concepts and foreclose others. It’s a challenge to be precise and truthful to the materiality of a text and the proliferation of meanings that it may generate. You have to be a slow and careful reader as you shuffle back and forth between linguistic universes.

How can cultural theory turn into political action?

In my research I’ve been tracing the genealogy of the Arab New Left—the leftist Arab political organizations that came about during what is now sometimes called the Global Sixties.

The young militant intellectuals of the Arab New Left were reading, and putting to use, texts from the Marxist tradition, critical social theory, and anti-colonial theory. There were two steps to their reading and practice. First, they had to linguistically translate the texts into Arabic. Then there needed to be a second, adaptive translation, which, following Elizabeth Povinelli and Dilip Gaonkar, I call transfiguration. These young thinkers in the 1960s had to transfigure texts by Bourdieu, Marx, and Luxemburg to help them not only understand their current situations, but also intervene in them.

For example, they disseminated political pamphlets that included Bourdieu’s theory of social reproduction in order to mobilize high school students. They didn’t cite the original authors or use theoretical jargon. These pamphlets were the outcome of a process of translation and transfiguration, which deployed the insights of critical theory in political militancy. Theory comes alive in political action.

My work consists mostly of archival and ethnographic research.

The archival work can be complex because the archives of leftist organizations are not housed in museums or state institutions—they’re dispersed. Before analyzing any archive, I have to assemble it. This is the biggest challenge to conducting my research. I have to find people who happen to have kept copies of underground periodicals from the 1960s, who then lead me to other former comrades. I have to establish a level of trust with them since there’s no protocol for me to borrow, photograph, or Xerox their materials.

As for the ethnographic work, I have very long conversations. I wouldn't call these interviews because when you have around 50 hours of tape of yourself talking to someone, it becomes more of an extended conversation that is carried on over many years. It’s a way to bring back to life and sustain an intellectual, and political, tradition through intergenerational dialogue. Through these conversations, I both critically interrogate the politics and works of the 1960s generation, from my perspective as part of a younger one, while also revealing a world that I’ve never inhabited and the hopes and disenchantments of those who lived, and acted, in it.

I then put these conversations in dialogue with the archives that I piece together. I dwell in the space created by the discrepancy between memories and archive. It’s a generative space to produce my work.

I hope people will start to think about translation beyond the binary of original and copy, authentic and fake. Translation is a practice. It is generative. It produces new concepts. And in the wake of the Arab revolutions that began in 2011, the labors of translation are needed much more than ever.

Through translation, we can produce new ways to understand what's happening. Rather than erasing the work of revolutionaries because they don’t fit into our “original” theory of what a true revolutionary is, I’d like for us to translate their practices back into theory to help us think about our present and rethink our understanding of what a revolution should be.

And in a related vein, if we’re thinking about a politics of solidarity in the present, across difference, we must also think about translation.

Another binary I’d like for us to move away from is the view of Arab thinkers as either westernized or nativist— a view that always keeps the West at its center. In my talk, I’ll be thinking about translation as a way to understand political events such as the Arab revolutions, which can’t necessary be apprehended by a critical theory that's always coming back to deconstruct the West, essentially re-inscribing the West as the subject.

I’m co-teaching the Asian & Middle Eastern Studies gateway seminar with Professor Erdag Goknar. It’s a requirement for our majors and introduces them to theoretical concepts to think about the conundrums of the present. It invites students to think critically about both the increasing interconnections of our world as well the various historical representations of Asia and the Middle East.

I’m also co-teaching a graduate seminar with Professor Cemil Aydin (UNC) that's offered to both Duke and UNC students, called “Critical Genealogies of the Middle East.” It’s required course for graduate students whose work is related to Middle East studies, so we have students from art history, anthropology, history, religious studies, and literature. The course introduces students to key seminal texts and debates, as well as new scholarship, in the field.

“Critical Theory in a Minor Key to Take Stock of the Syrian Revolution,” in A Time for Critique, ed. Didier Fassin and Bernard E. Harcourt (New York: Columbia University Press, 2019):174-192. 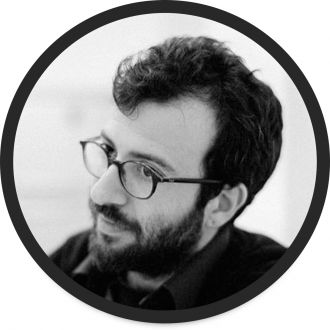