Dr. Felipe De Brigard is the Fuchsberg-Levine Family Associate Professor of Philosophy, and Associate Professor in the departments of Psychology and Neuroscience, and the Center for Cognitive Neuroscience at Duke University. He is also Principal Investigator of the Imagination and Modal Cognition Laboratory (IMC-Lab) within the Duke Institute for Brain Sciences.

In this edited and condensed interview, Dr. De Brigard describes how he's merged philosophy with neuroscience, the ways in which human memory has both evolved and remained stable through the digital age, and why nostalgia can be dangerous.

On his research interests:

Memory plays a critical role in many cognitive processes in all sorts of ways. I study the interface between memory and those processes.

One interaction I’m interested in is how memory both constrains and guides imagination. We tend to distinguish memory and imagination, but there’s quite a bit of evidence that shows they're highly interactive. I want to know to what extent they interact, and how? This back-and-forth has been guiding my research for a long time.

Currently, I’m moving on to more applied questions. To give you an example, I’ve become really interested in counterfactual thinking. It’s when people imagine alternative ways things could have occurred. It’s highly related to causation: “A” is the cause of “B” because had “A” not occurred, “B” wouldn't have occurred.

On the interdisciplinarity in his work:

I was sure I wanted to study memory by the time I was an undergraduate, but I didn't know how. I wasn’t quite able to put my finger on the kind of approach I wanted to pursue. As an undergrad, I trained in neuropsychology, but it felt too clinical to me. I was more interested in the theory. There was no neuroimaging or cognitive neuroscience in my undergraduate school. And the philosophy I was studying at the time was very abstract, much like what people nowadays call analytic philosophy. They were not at all interested in the sciences.

I was fortunate to do a master's in cognitive science and philosophy at Tufts University. By that point, I was already convinced that I wanted to do something philosophical but with a naturalistic bent. Then I did my PhD at UNC—I was a graduate student both in philosophy and psychology and neuroscience. That was when I figured out that these two disciplines can be merged. This was a wonderful realization that was critical for me to continue to pursue questions I’ve always asked about memory.

Are there methodological tensions between the disciplines you're working in?

My view of philosophy interacts with the sciences. When I started studying philosophy as an undergrad, my ideal philosopher was someone like Umberto Eco or Jorge Luis Borges. It was someone who knew a lot about many topics, who had a true love of knowledge. It just so happens that the kinds of knowledge I became interested in were computational modeling, neuroscience, neurons, fMRI, and so on, in addition to more humanist forms of knowledge.

However, many of my colleagues in the analytic philosophy tradition can be reluctant to use these other forms of knowledge. On the other hand, neuroscientists might get very bored if you start speaking to them in abstract philosophical terms that don’t affect their day-to-day scientific practice. It is often difficult to merge the theory with the practice.

In the Middle Ages, there was a discipline called casuistry, which was about turning theory into practice. I see myself as a practitioner of casuistry: I find an enormous amount of value in both philosophical discussions about memory and in doing and understanding the science. You need to find value in both languages and be bilingual. That’s why I love interdisciplinarity so much.

The work we do in my lab is usually divided in thirds, because some questions are a bit more philosophical in nature, some are more psychological, and others are more neuroscientific.

You start with the question then you figure out what answer it requires. If it’s more empirical, we design an experiment and have lab meetings to present the justification for the experiment, get feedback, and then collect data and analyze it. If it’s more philosophical, the process actually looks similar. You start with a question, structure your argument, present your idea to the lab, and so on. Then you get feedback and write a paper.

Has human memory changed over time, or has it remained the same?

One may be tempted to say that it has. On the one hand, we can look at how we produce a lot of memory errors and reason that it’s because we live in a very complex world. We’re receiving far more information every second than our hominid ancestors did. The amount of information is outstripping the limits of memory.

But that also seems wrong to me because we do a lot of experiments with impoverished stimuli that generate false alarms at the same rate. We can test people with basic paradigms and very little information—probably less information than our hominid ancestors had—and still elicit false memories. This suggests that there might be something relatively stable in the structure of memory.

And yet, the world around us has indeed changed socially and physically. We rely on our environments to provide us with cues for retrieval. There’s a famous effect called transfer-appropriate processing: when people encode information in a certain context, they’re much better at retrieving that information if the context of retrieval is the same.

We’ve always used the world as a mnemonic machine. Think about when you go on a walk. You rely on landmarks to remind you where to turn left and right.

Put that on steroids and you have the internet. Now in the digital age, we put an enormous number of reminders online. When Facebook reminds you of something from nine years ago, it’s hoping that the information will act as a cue for you to recall the memory so that you share the memory again.

We have had to learn to use the world very differently. Think about the invention of writing and then the printer—the ways in which cues are presented to us have changed drastically. As a result, there must be aspects about memory that have changed and evolved as well.

Nostalgia is better understood not as memory, but imagination. One of the consequences of nostalgia that I’ll mention in my talk is that there’s a very close connection between nostalgia and political motivation. Politicians leverage nostalgia in propagandistic strategies to motivate people to act in ways that are not guided by memory, but imagination. The takeaway is a call to arms to improve our historical knowledge.

What courses do you teach?

I typically teach three classes. One is an advanced graduate class called “The Philosophy and Science of Memory and Imagination.” The second class I typically teach is an undergraduate class, “Philosophy and Neuroscience.” It’s cross-disciplinary in philosophy, psychology, neuroscience and neurobiology. That one has many seats available; it usually has 40 students or so. I also often teach the “Introduction to Philosophy of Mind” class.

For a list of selected publications, visit the Imagination and Modal Cognition Lab site. 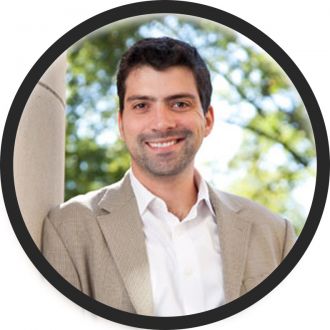