Henry W. Pickford is Professor of German and Philosophy. In this edited and condensed interview, he describes Adorno's role as a public intellectual; how Adorno's approach to reading philosophical arguments and artworks always included their social and economic contexts; and why reading Adorno now can help us understand our current moment.

I've always been interested in philosophical approaches to literature. In undergrad, I studied Russian, philosophy, and computer science. And then in grad school, I studied comparative literature and earned a supplemental MA in philosophy.

I eventually gravitated to Adorno. I really appreciated the sophistication of his readings of literature and his aesthetics, as well as his commitment to theories of society and the larger contexts in which artworks have meaning.

I was fortunate enough to be able to translate two of his books as a graduate student. I took a break from grad school and went to live in Berlin and study with one of his students. The essays of the books I was translating were based on radio lectures Adorno gave when he returned to Germany after World War II. They’ve since been collected and published, but at the time they weren't, so I got to travel across Germany and listen to those recordings.

Could you talk about Adorno’s work as a public intellectual?

Adorno came back to Germany after the war and recognized pretty quickly that despite the defeat, very little had changed. The problems he had been diagnosing were continuing unabated despite the growth of democracy within Germany. So he thought that the problems were seated more deeply than in democratic institutions and specific politicians.

Even before his exile, Adorno was associated with the Institute for Social Research, directed by Horkheimer at the time. They tried to understand, in part, why the possibilities of radical social and economic change had failed in Germany—why fascism arose rather than something like democratic socialism.

One of the pillars that Adorno thought needed to be addressed was education: school as well as university education. As a public educator, he started giving lectures on public regional radio stations. The topics would vary from contemporary politics, avant-garde music, literature, the nature of education—just a really wide variety of topics.

He would then turn these into essays that were published in popular—not academic—journals, and eventually reworked those into book collections that he published. Adorno became a popular author in 1951 when he published a collection of aphorisms called Minima Moralia, which became a best seller. He really leveraged his public persona to do a lot of this work.

And one thing that's really interesting is that he, for someone who's known for writing very difficult abstract prose and so-called “dialectical sentences,” he was also really concerned about being understood in his lectures. Famously, he would interview the sound engineer after his radio talks to ask whether he or she understood what he was saying, just to make sure that he was coming across well. This is all a side of Adorno that most people don't readily anticipate.

I learned Russian and German, then lived in Russia for a while, and then lived in Germany on several occasions. So I know a bit about those literatures—and then I have a philosophical background. I think and publish in the fields that are accessible to me, so that includes German topics, Russian topics, and philosophical topics.

Adorno, as a polymath, is someone I admire. In the first aphorism of Minima Moralia, he talks about the kind of resistance that the intellectual meets in institutional settings. He’s someone who so easily can switch into different disciplines and engage them. I think all those disciplines do interconnect—certainly at the level of analysis that Adorno undertakes.

One of the things that I really love about Duke is that when I applied here, the fact that I work across a range of fields made me attractive to the German department at Duke. To be at a place that welcomes interdisciplinarity is really incredible.

Could you describe your methodology?

When I look back, I think I'm really oriented towards problems, rather than having a fixed research agenda and looking for a topic that will accord with that or vice versa.

For instance, I got the idea for my first book and started writing about it when I was living in Berlin and translating Adorno. I was getting to know the lay of the land there, not that long after reunification. One of the perennial problems Germans were dealing with was how to commemorate the Holocaust post-reunification. There were all kinds of scandals about some of the projects that had been undertaken to try to do that.

The problem was very pragmatic: what are the conditions of success for a Holocaust artwork?

I started with these really basic distinctions. And this actually brought in ways of thinking about philosophical aesthetics. What is the relationship between art and non-aesthetic reality—in this case, history? Does art symbolize it? Does art incorporate it directly?

So this became the framework to then do close readings of memorials, films, poetry, and other types of art about the Holocaust that approach the problem of trying to fulfill both what I called the “dual desiderata”: the aesthetic requirements, and the historical or factual requirements. That became the first book—a normative theory of Holocaust art.

I wrote about the Neue Wache at the center of reunified Berlin, which was met with universal opprobrium, and juxtaposed it with a memorial in the Bayerischer Platz in the Bavarian Quarter called Orte des Erinnerns, in which they reproduced citations from the Nuremberg Laws against the Jews as street signs around the Platz. You'd be walking by what looks like a regular street sign at the entrance to a park, but then you'd read something like, “Jews are not allowed in the park after 5 p.m.” It was really arresting. It has an almost stereoscopic effect as though you’re transported back to that time.

What do you hope people will take away from the talk?

There were certain ways in which the tumult of the time in which Adorno was writing—the late ’60s—may resonate with our contemporary moment.

At the time and thereafter, Adorno has been castigated for being an aloof, apolitical, esoteric aesthete comfortable in the ivory tower. There’s this whole history of him and the student movement, of his disavowing some of the immediate actions they undertook, and so on.

As I work further into Adorno, my understanding of him has become that he was wagging a finger in a way, and saying that the problems aren't as simple and on the surface as you think they are. Rather, the deep analysis that's required to really change things has to begin with how we think and the way we judge. And so that's why he wrote these quite difficult works: Negative Dialectic, which is his major work on metaphysics and epistemology, and then Aesthetic Theory, which was published just after his death.

What I want to do is not completely defend him, but get a better understanding of why he chose those works and that path to address the political situation at the time.

What do the ways that we think and judge have to do with capitalism? When we think of completely, qualitatively different things as exchangeable and equivalent, how does that perpetuate unjust social structures and processes?

And then for artworks, why these very esoteric modernist works—the Second Viennese School, Samuel Beckett, or Paul Celan, for example—can affect the way we think in a way that Adorno believed is commensurate with the actual problems at hand.

I’m currently teaching a graduate seminar on Kant’s Critique of Pure Reason and Hegel’s Phenomenology of Spirit. Those are very rich and challenging books and I have students from German, Literature, English, and Musicology—it's really, really fun thinking about these texts with them.

When I teach courses at any level, I always try to cross-list them with as many departments as I can. I really appreciate that diversity of perspectives because the kind of topics I teach speak to people where they are. It's not necessarily a universal topic, but there are ways in which people find a way to the material where it's enriching for them, and critically so. I want to provide critical tools for students to understand the world we're living in. When that light goes off and students realize, so this is why this society is structured the way it is, I think that’s really important. 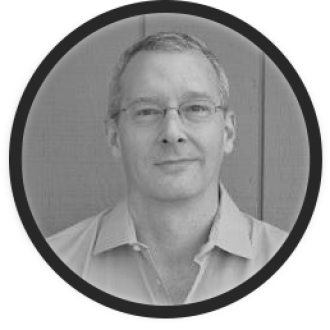