What do Grimms' fairy tales have to do with German nationalism? How did the Grimm Brothers' contemporary, the famed 19th-century philosopher Arthur Schopenhauer, react to that growing nationalism? Why is Schopenhauer considered "ahead of his time"...and why does he also seem retrogressive to us?

Here we interview Associate Professor of German Studies Jakob Norberg about his research and teaching. Dr. Norberg gave a talk entitled "Schopenhauer's Politics" in our tgiFHI series on Friday, October 29, 2021:

I’m basically interested in German political thought—the political thought that came out of a nation that has a bad reputation politically, at least from the 20th century, but obviously also has an incredibly rich intellectual tradition.

I just finished this book that's coming out in 2022, and it's called The Brothers Grimm and the Making of German Nationalism. I study these two folktale collectors, grammarians, lexicographers—Jakob and Wilhelm Grimm—and I argue that their entire scholarly project, their career-defining intellectual pursuits, were animated by a nationalist vision. That has been my research interest for some time, basically: the rise of German nationalism, as it was supported and substantiated by people like us, academics, in my discipline, German Studies.

But then I wanted to write a book about someone who was very different from the Brothers Grimm, but still knew their time: someone who witnessed the revolutions and upheavals, and yet arrived at very different conclusions about what a society should look like. Schopenhauer is a member of the same generation as the Brothers Grimm, but he was a very committed anti-nationalist, a cultural cosmopolitan, interested in non-Western religion and thought, interested in literary works far beyond the national tradition, and quite contemptuous of the nationalists of his time. But his arguments against nationalism were based in his anti-egalitarian attitudes. So I wanted to write about someone who had a different angle on that epoch, who did not support nationalism, who resisted it, criticized it. But it turns out he did it from an elitist, even supercilious, reactionary standpoint.

The Brothers Grimm are best known for their fairy tales. What would you say to someone who is wondering what fairy tales have to do with nationalism?

First, I just want to point out that the Brothers Grimm did a range of things. They were experts on grammar, and the diachronic development of languages. They thought that they could track the evolution and differentiation of different languages, and that they could, by very precise grammatical means, separate languages from each other. And they thought that this knowledge also allowed them to delineate nations very neatly, and even adjudicate territorial disputes. For them, grammar was the key to geopolitics.

I think that there's a strong connection between the fairy tales and nationalism. Anyone who's tried to discern the politics in the tales themselves has usually produced meager results, but what I do is to show that what the Brothers Grimm wanted was a kind of pure, authentic voice of the people, so that they could point to it and say, there is something here that is already extant: namely, a people. They wanted literary, cultural proof of an already existing population that was ethnically and linguistically distinct. And so, you could say that the folk tale collection fulfilled a political purpose, a political function, precisely by not being overtly political: because it was proof of the already existing character of a distinct nation.

Nationalism also speaks with a double voice in this period. If you look across all the authors that were part of the nationalist movement, they usually produce in two genres. On the one hand, fairy tales, legends, folk songs, and so on—the voice of the ethnically distinct, but kind of politically innocent population. And on the other hand, the war song, the militant pamphlet, the political speech. If you look at the repertoire of the nationalists, you see that they're always coordinating the folklore with political speech, and to some extent, the Grimm brothers do that too. That combination of genres is what's distinctive. They’re trying to do two different things: they try to prove the existence of an already extant nation, and then they're trying to mobilize that nation with more aggressive political speech.

How do you see Schopenhauer’s reaction to this form of nationalism?

Schopenhauer has a very different background from the Brothers Grimm. His father is a merchant who worked in port cities; he has several international connections, and speaks multiple languages, and he brings up Schopenhauer in that tradition.

Schopenhauer develops a philosophy that is open to influences from other places. He is known for introducing Eastern thought into German philosophy. He was interested in Hindu writings and Buddhism, so he breaks with the supposed supremacy of Western religion and thought. And then he is inspired by authors like Goethe who are open to other cultures, so his texts are a tapestry of Italian proverbs, Spanish sayings, French moralist aphorisms, quotations from ancient works, and anecdotes from English newspapers.

He doesn't buy the concept that ethnic and linguistic sameness should have any particular political consequence. It makes no sense to him to build a community on shared nationality, because he doesn’t have anything in common with people just because they happen to share his nationality. He thinks he communicates with the great geniuses of the world, not with the people in his neighborhood. I’m trying to think of some of his many scathing remarks: “People who are proud of the nation often try to cover up their own unremarkable personalities. The majority of people in any nation are fools, and the geniuses and the great authors and philosophers are never representative of their nation: they’re always exceptions in it.”

I think, right now, with this book on the Grimms and project on Schopenhauer, and even maybe my first book, Sociability and its Enemies: German Political Theory after 1945, I might look like something of an intellectual historian, but I think I'm always too interested in the particular organization of texts—the style, the genre, the narrative form—to care only about the ideas, their origin, and their dissemination. So I probably look a little more to the literary dimensions of texts.

I read historians and philosophers and even sociologists, probably weekly, and I benefit so much from their work. But I'm very interested in disciplinarity, and the project on the Brothers Grimm was in some ways a history of the discipline in which I happen to end up, named “German Studies,” and to see that it's not influenced by nationalism, it kind of is a form of nationalism itself. I think of myself as doing some disciplinary self-reflection.

What’s one thing you hope people will take away from your talk?

The nationalists of the 19th century believe that if you're born in a nation, you should also have some say in the politics of that nation. I’m not saying they're democrats, but I’m saying there there's a trend towards a greater role for the people in politics.

Schopenhauer is not a democrat, and he's not a nationalist; he represents an anti-democratic anti-nationalism. He is a fascinating figure, at least for me, because he is, on the one hand, very prescient and, on the other hand, very retrogressive to us. As a philosopher of pessimism, he's very attentive to human and animal suffering, and he has a series of positions that might seem very interesting for us today—a real concern with animal welfare and an early defense of animal rights; an interest in breaking down the dominance of Western thought and religion, and having a more capacious understanding of a global tradition; and a very critical look at the United States, and especially its system of slavery. He dies before the American Civil War, so for him, the American social, political, and economic system is intertwined with slavery, and he thinks that this system of slavery is in fact a manifestation of American republicanism; he thinks it's typical of republics to have slave owners.

He has all these interesting positions that seem sort of forward-looking, and yet he himself is an absolute committed reactionary in his own time, who rejects the working class movement, the democratic nationalist movement, the feminist movement and so on. On the one hand, he is sort of a friend; on the other hand, he is a very alien figure, and the alien and non-alien aspects are somehow intertwined.

I am teaching “The Viking Age” this semester, and next semester, I'm teaching “Fairy Tales from the Grimms to Disney.” I usually find myself teaching courses on topics that people have a lot of preconceptions about, like fairy tales and Vikings, and then the entire course becomes this pedagogical exercise, trying to very gently remove people's set ideas about genres and periods. I don't introduce something that no one has ever heard of, I try to reintroduce something that everyone has heard of, but clear away a lot of the accumulated preconceptions.

The Brothers Grimm and the Making of German Nationalism. Forthcoming with Cambridge University Press (Spring 2022). 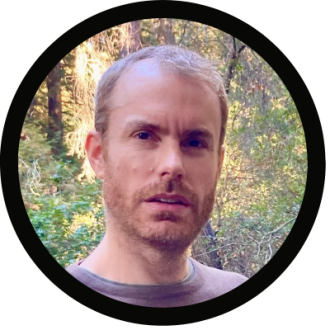