In this edited and condensed interview, he describes looking at home through a different lens, why his research on the plantationocene began with Zora Neale Hurston, and the paradox of Black educational institutions existing on former plantations. He asks, what does it mean to breathe life back into this land?

My work is broadly in African and African American diasporic literature and culture, and more specifically, Black transnationalism and diaspora. It developed out of a class I took in grad school, “The Black South,” which was taught by Farah Griffin. The class was about connections between the U.S. South and the Caribbean.

I'm originally from the South—Gulfport, Mississippi, about an hour east of New Orleans—and I'd never really thought about the ways that the U.S. South is a part of a larger transnational economy and culture. Taking Dr. Griffin’s course helped me to see home anew, through different eyes.

I was a graduate student who left Mississippi at the age of 22 to move to New York City. I was always hyperaware of the differences between my upbringing in the deep South and New York City.

A lot of the faculty in my grad program worked on Harlem, but I began to wonder, what would it mean if our work in Black Studies centered rural agricultural regions, or even the urban South, as opposed to northern urban centers like New York and Chicago, or Paris and London? What do we make of the folks who didn't leave the South, or who left the South and came back? How did they imagine themselves as modern subjects? How did they imagine themselves as part of a global community?

In the beginning of Mules and Men, Zora Neale Hurston said it was after she left home—when she left her small all-Black town in Florida and went North to study anthropology—that she was able to return and view home through a different lens. She called this “the spyglass of anthropology.”

This is always on my mind because my project really began with her work. She was interested in tracing transnational and diasporic linkages between, say, Eatonville, Florida, and the Bahamas, Jamaica, and Haiti. She’s, in many ways, my muse. It’s so productive to think with her and through her, and to learn from her.

What is the role of interdisciplinarity in your research methodology?

I'll never forget a moment when I was preparing my dissertation proposal, and I laid out all these chapters I wanted to write, and my advisor, Farah Griffin, looked at me and said, “You know, Jarvis, you're in an English Department.” [laughs]

The questions I was asking and the sources I was reading took me to the archives and to disciplines that weren't my own. This makes sense because my inquiry began with Hurston, who straddled the line between the literary and the anthropological. My questions are necessarily interdisciplinary.

One of the beautiful things about interdisciplinarity is that it can be very clarifying about your own discipline. While writing, I always start by asking, how can I approach this from a literary perspective? I figure out how literature can help me answer my question and how it can’t—so what do I do with that?

Often, this inquiry takes me to the archive. On one hand, I try to bring my literary methodologies to other disciplines. But also, I want to understand how historians, sociologists, anthropologists, and other social scientists have worked through this question.

Working in the archive can be intimidating, but it's also liberating. I’m not beholden to historiography in the same way that that my historian colleagues are. But I always try to ensure I’m doing my due diligence to write about an archival object in a way my historian colleagues can respect, even if they would take a different approach to it.

Writing and thinking as an interdisciplinary scholar is often a process of negotiation. I simply can’t write about an object or question from every disciplinary vantage point. But I still make sure to share my work with friends and colleagues from different disciplines to get their perspective, because it helps to sharpen my analysis. Interdisciplinarity is central and essential to my practice and methodology.

What’s the most interesting thing you’ve found in the archives?

Oh my gosh, I get excited about new archival objects daily.

We know that a goal of sharecropping and tenant farming was to prevent black people's literacy in order to keep them in debt and unable to migrate away from the plantation—so how is it that they’ve established their own newspaper during the height of Jim Crow, I wondered? And how in the world does this paper end up circulating down to a Garveyite in Panama?

I spent the next four years traveling to Panama; Austin, Texas; and various archives around the country. There were no extant copies of the paper.

I reached out to Mary Rollinson, the scholar who wrote, Grassroots Garveyism, the book where I first came across this reference. I said, “Mary, I've gone to the National Archives twice. I can't find it.” She just said, “Well, I'll send you a copy from my files.”

Things really began to come together from there. I tracked down the family members of the newspaper’s editor, who now live in the Midwest. It was a really exciting experience. I wrote an article about it, which was published in American Literature in October 2019.

My alma mater, Tougaloo College, was established on a former cotton plantation. As an undergraduate, I often thought about the irony and paradox of educating African Americans on the very site of their ancestors’ enslavement. More recently, I began to think about what it means for Tuskegee, the foremost Black educational institution of the early twentieth century, to be established on a former cotton plantation as well. I wasn't sure what to do with the ecological component yet, but I knew it was crucial to think about the ecological in relation to the plantation.

I began working on George Washington Carver, who was at the forefront of sustainable farming methods in the early part of the twentieth century. This gave me a chance to think about soil and cotton, sugar, bananas, and tobacco. What’s the environmental impact of producing these plantation commodities, I wondered? What does it mean to look at Tuskegee, where the land had been depleted, and to try to breathe life back into it?

I began to understand that the way Carver was trying to regenerate the land was consistent with the way Booker T. Washington was trying to regenerate a group of people who had been degraded by the system of slavery. Black Studies typically understands Tuskegee as a fraught political project—an accommodationist project. But Tuskegee was bigger than Booker T. Washington. It’s much more capacious and nuanced than we've given it credit for.

That’s what I'm hoping that folks will take away—this contribution to the work on the plantationocene. Yes, the plantation is a site of degradation, of exploitation, of depletion. But I’m really interested in what it means to try to regenerate the land and Black ontology at the same time, and to center the U.S. South and historically Black colleges and universities within Black Studies more generally.

What classes are you teaching?

I teach a course called “Conjuring the Americas,” which is about African-derived religious healing and spiritual practices and African American and Caribbean Literature. I may expand that into a graduate course that brings in African literatures as well. I also teach a course on music and African American literature that moves from Negro Spirituals and minstrelsy to jazz, blues, and gospel, to hip hop and spoken word poetry.

I want to teach a course on the archive, a course on the plantation and Black environmentalism, and a course on Black religiosities. That’s enough graduate courses for the next four years! And I’ll probably teach undergraduate iterations of those courses as well. 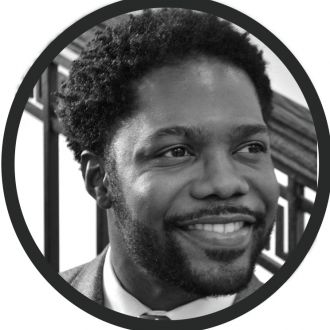