Jehanne Gheith is Associate Professor of Slavic Languages and Literature and Chair of Slavic and Eurasian Studies at Duke University. Formerly a Licensed Clinical Social Worker at Duke Hospice, she now has a private psychotherapy and grief counseling practice.

As of January 2021, Dr. Gheith is co-director of the Franklin Humanities Institute Health Humanities Lab.

In this edited and condensed interview, she explains why, while a professor of Russian culture at Duke, she decided to pursue her license in clinical social work. She describes the ways Russian literature informs her clinical work, and how her clinical work has impacted her teaching. And she reflects on the power and complexity of stories.

It’s a complicated story: I started out at Duke as a professor of Russian culture. I wrote a book on 19th century Russian women authors and then a book on the Gulag that involved interviewing survivors… And along the way, I got my license in clinical social work.

When I worked for hospice as a medical social worker, that showed me that there's a deep need for more education around death and dying in our culture. I worked with people who were facing questions that they just never thought about because we've shut down that discussion in our culture. It's terrible to be thinking about dying for the first time when you're in crisis. So I decided to teach about medical ethics and end of life care (I was working at Hospice and Duke concurrently).

What led you to pursue a degree in social work as a professor?

When I first started studying Russian culture, it was a lot more relevant than it became after the fall of Soviet Union. I really missed working in an area that both interested me intellectually and felt relevant to people’s lives.

And then I had a personal experience. My younger brother died very suddenly and I went to a grief group. About a year later, I realized leading a group like this was something that I wanted to do. The first semester that I was in social work school, I realized: this is now my path and there are ways I can combine my work in social work and my work at Duke.

There's a lot of Russian literature that's about loss, and my project on the Gulag was all about loss. I think the connections were definitely there, but I also wanted to develop something that would do a different kind of work in the world than what academia does.

But I value both immensely. I love being on both tracks.

When I was doing the interviews with Gulag survivors, I did a lot of research and training in oral history, so that's certainly one thread of interdisciplinarity. And then my training in literary analysis has been really helpful for reading social situations.

It's both the capacity for literary analysis and the deep knowledge of the Russian text that informs how I work with people. I bet I'm the only therapist in the Triangle who will regularly reference Tolstoy.

The problem with our medical training right now is that we focus primarily on the science. And certainly, I want my doctors to have the science behind them. But we're not teaching about empathy and holding stories. The whole narrative medicine movement has started to do that.

Even then, the narrative medicine movement doesn't focus primarily on Russian literature, which is a really rich field because so many of the stories are about loss. The Death of Ivan Ilyich by Tolstoy, which I've done a couple of workshops with Neil Prose on, is a wonderful work that explores these intersections well.

The interdisciplinary is so deeply embedded in my work. I see things in Russian literature that I didn't see before I started working with people on hospice here, and the same is true the other way around.

Can you expand on how your insights from social work come over to your academic work?

Let me show you some art projects of my students in the “Medical Ethics and End of Life Care” course, which is a part of the Knowledge in the Service of Society FOCUS cluster.

This is a series of little houses by Lilly Kelemen in 2019. She made this to show the housing of the body in several cultures. There are different musical lyrics inscribed in each of the houses.

This is by Elora Pradhan, who’s an engineer. This is a 3D printing of a head, which then has all these different things that go on in dementia.

There's one other project that's also on dementia. In the first series, there are five different cutouts and you see increasing disorganization. The first set of slides has the same face in all the slides. Then in the next one they're not as well organized. And then in the next one, they are mostly outside that face. And then the second to last one there are just a few. And the last one’s not even a face, it's just all the broken-up slides.

My method of teaching is partly influenced by my social work and my interest in students developing skills and empathy, especially if they're pre-med. Whatever field of medicine they're going into, they need to be able to listen to patient stories effectively.

And in my research, social work has certainly affected how I conducted interviews in my work on the Gulag. I was really listening for how loss affected people.

How do you propose using literature with your clients?

Like anything, it depends on how you do it. A lot of what you do with a client is about trying to establish a connection. With a hospice patient and family, you try to be helpful in whatever way they need, but you often don't have a lot of time. I think that literature can be a shortcut.

But certainly, it needs to be proposed as a possibility. I always start by showing a connection I would make to your situation—I frame it by saying it might not fit for you, so let me know. Sometimes they'll say “that part doesn't quite work” or “no, that one just doesn't work for me.”

When working with hospice patients, stories can be a shortcut. Telling a story allows others to tell their story, which might be different than the story you proposed, but you open up that pathway. That’s just the way story works.

But I do think it matters how you pose it. Narrative therapy is about making room for people to tell their stories and to recognize that you can shift stories. You can’t impose a narrative on them, but you can make a suggestion. You can say this in your story made me think about this—does that resonate at all for you?

There is a flexibility in story. When you recognize something’s a story, you can shift it. You can start to think, how can you tell that differently?

What Russian literature do you find yourself reaching for to use with clients who are grieving?

It really depends on what somebody's telling me.

I often reach for Dostoyevsky and Tolstoy. Sometimes it's Liudmila Ulitskaia, who's more recent. And then there are two others, who are 19th century women authors that I worked on and will use: Tur and Khvoshchinskaia, who insisted that she was her male pseudonym, Krestovsky.

Our society is not great about dealing with loss, and that includes sibling loss, which is something that's personal for me. That’s something that Krestovsky shared too, because her sister died. If somebody comes to me with a sibling loss, I'll often find myself talking about some of the ways Krestovsky put her experience into art. Their way might be different, but it opens up some options for them.

And with Dostoyevsky, it can be about how to live well into great difficulty. Trying to face it, but also, when to look away. With Dostoyevsky, you could pick just about any of his works, but The Idiot is probably the most relevant for my clinical work.

And I also often go for Krestovsky’s An Old Portrait, New Original, in which she explores how art and life are related.

What do you hope that people take away from your talk?

And I hope people come away with a sense of the power of story—the power and complexity of story.

And I hope they come away liking Russian literature just a little bit more. I always hope that.

I teach a medical ethics and end-of-life care issues class, a service-learning class. I have a version of it that’s a FOCUS class and another that's for upper division students. Placements have included Croasdaile, the Durham Nursing & Rehab Center, hospice for the upper-division students, and the Ronald McDonald House for first-year students.

And hopefully, if we get enough students, we’ll be teaching a Duke Immerse, “Pandemics, Health, and Power” in the fall. My course will be on the literature and film of pandemics.

I also teach a course that compares the films of Tarkovsky and Stanley Kubrick. I teach a Dostoyevsky course, a Tolstoy course, and a course on the Gulag.

And I haven’t taught this recently, but hope to teach it again: Russian short fiction and film. I love teaching on the Beat Generation and the Russian New Wave—those were poets with a similar kind of ethos, but on other sides of the Cold War.

Those are the kinds of things that I teach. It's really wonderful to have a foot in both worlds—academia and social work.

Because I am both an academic and a clinician, doing my best to blend the two worlds, my resource list includes some articles, but also resources I use in conducting workshops. Loss is something we don’t talk well about as a society and so we end up with few tools when it happens to us. In addition to the resources below, if you’d like to be on my email list for workshops, please email me at gheith7@me.com

My articles and books:

“Still Alice, Always Elena: Dementia as a World of Possibility” forthcoming in eds., Konstantin Starikov and Melissa L. Miller, The Russian Medical Humanities: Past and Present I2021)

And just for fun: Finding the Middle Ground: Krestovskii, Tur, and the Power of Ambivalence in Nineteenth-Century Russian Prose, Northwestern University Press  (2004).

My workshops often center on reading a book and building some exercises or writing prompts into that. Great books include to work with in this way include:

And for pet loss: 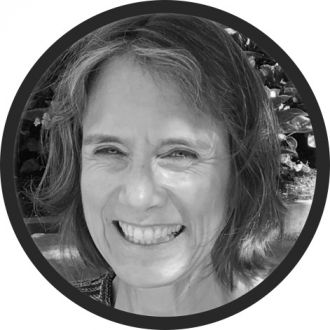