What does “oppression” mean, and why is this concept not adequate to describe the nuances of race and gender? How might theorizing on race and gender through academic philosophy offer new insights to this question? And what do philosophers stand to gain from thinking about the social world in concrete ways?

This week, we interview Kevin Richardson, Assistant Professor of Philosophy. Dr. Richardson will give a talk entitled "Are Black Men a Counterexample to Feminism?" on Friday, February 11, 2022, as part of our tgiFHI series. Join us by registering for the Zoom webinar.

I’m currently asking this set of questions about social categories like gender and race. I’m thinking about the political implications of the nature of these categories. For instance, is gender or race socially constructed, and if so, what effect would or should that knowledge have on our gender and race practices?

I think that the concept of oppression is useful, but we need more.

Philosophers from the critical tradition will typically say things like, “women are oppressed as women by men.” But there are complicating factors. There are cases where white women oppress Black men. People like Tommy Curry argue that Black people, even Black men, don’t have enough power to systematically oppress anyone.

I don't think these approaches are satisfactory. Oppression manifests in various ways, and some forms of oppression are not as harmful as others. The way we use “oppression” doesn’t adequately answer, for example, how much Black men might benefit from a patriarchy, versus other people. I think we need other concepts to build a theory that accounts for all these nuances. This includes the degree of harm and the degree of benefit from an oppressive structure.

How did your research interests develop?

My interest in philosophy started when I was an undergrad at UNC-Chapel Hill. At the time, I wanted to be a fiction writer, but I also took a bunch of philosophy classes. One day, my creative writing professor told me that I wasn’t writing characters, but ideas.

From there, I went to graduate school for philosophy at MIT. I started working on non-social ontology, which is broadly about abstract questions of existence and the nature of things. What is time, for instance? What is existence? What is truth? I started in this field with thinking about the distinction between fundamental and non-fundamental reality.

Now, I work on social ontology. With the social case, we can be more concrete about the abstract questions. Instead of theorizing about things like objectivity and subjectivity, let's think concretely about what it means if races are socially constructed. Would that mean that they're not objective? If so, how should we react on a practical basis?

I think putting pressure on a concrete response, be it an action or a belief, helps us better understand the abstract concepts. It's difficult to understand how the descriptive fact of “what things are” relates to the political-ethical fact of “how things should be.” It's not straightforward how to put these together.

Like a lot of philosophers, I do armchair theorizing. I sit and think, using reasoning that philosophers are trained to apply to various cases.

I also make extensive use of existing empirical research and existing theoretical work done by other philosophers and social scientists. It’s important to account for the empirical facts and to know what disagreements social scientists may have with each other on the matter.

In my work, I’m tracking the empirical facts, while thinking about whether or not our definitions of oppression, among other social concepts, are useful and accurate.

What is the role of interdisciplinary in your work?

The empirical evidence is extremely important. While philosophers do a lot of conceptual analysis, whether it's relevant will depend on the facts.

If you get really abstract when theorizing about the social world, your theory can ultimately be inapplicable or just laughable. I’ve almost certainly done this. For instance, instead of grounding a conversation about men and women in empirical facts, you might have a thought experiment where you refer to two groups on an alien planet and say they do the equivalent of fist-bumping to reproduce. You’ll do your thought experiments and then try to apply your conclusions to your reasoning about gender.

I’m inclined to think that's not a very good methodology. I think that we should make use of all the empirical information that other scholars have been working on.

My engagement with interdisciplinary work is talking to and reading the work of scientists and social scientists who are really looking at the empirical data and theorizing about it in their own ways. I think we should take their interpretations into consideration for our philosophical theories.

I've been reading a lot of Sandy Darity and Darrick Hamilton’s work on the racial wealth gap and reparations. I think the economic question is extremely important—how much economic conditions determine social facts about races and genders—but is sometimes glossed over in philosophy.

I’ve also been reading the works of Michelle Alexander, Ruth Gilmore, and Dean Spade, who research what I call “carceral structures.” This is a category that includes prisons, but also more abstract forms of incarceration, such as ankle monitors and mobile apps—forms that extend the prison system outside of the physical walls of prisons. I think interesting ontological work can be done on carceral structures because they are so abstract.

On working on race and gender within philosophy:

I think we need more work on the social world by philosophers.

To be concrete, at the undergraduate and graduate level, students interested in questions of philosophy that happen to involve race are told to go to area studies. In some cases, that may work well for the student’s interests.

The consequence is that today, within philosophy, a lot of people are interested in social categories, but there are shockingly few people who work on it.

To be clear, there's no problem with doing philosophy in other disciplines, like Saidiya Hartman does. But I think the current disciplinary structure is not helping the students who are interested in tying the study of race and gender into other things.

In philosophy, I can work on language, mind, and knowledge—and I can work on gender and race. Historically, philosophers like Foucault, Marx, and Hegel weren't in a specific type of studies or department. They were philosophers. They read a whole bunch of stuff. Then they applied what they read about metaphysics, philosophy, languages and epistemology to the context of the social. I think a lot of great insights have happened in this way.

I think more scholars should be free to think abstractly and then concretely.

I hope people will take away two things.

First, that oppression doesn’t mean nearly as much as people commonly think it does.

And second, I want people to take away how much work still needs to be done. To be clear, a lot of work has already been done. However, traditionally, there has been a resistance to constructing systematic theories of oppression.

I want to convey that if we don't have theories that can obey principles and get certain results, then I think that we will have the same debates in perpetuity. These debates will mostly be about which form of oppression between gender, race, and so on, is prior. I tend to think that this framework isn't helpful. We need more concepts. We need more types of theorizing.

This semester, I am teaching a seminar called “Philosophy of Race.” The class is divided into two parts.

The second part is about racism. What is racism? What does racist oppression mean? We consider different cases of what would be considered racism. 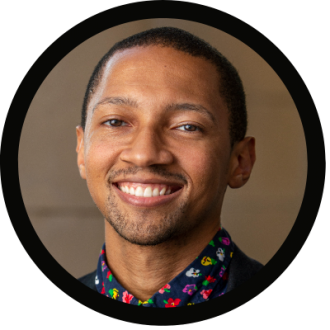