Martin Miller is Professor of History at Duke University. In this edited and condensed interview, he describes life as an American graduate student in 1960s Moscow; how he analyzes photographs with a historian's eye; and how Western photographers were able to capture everyday life in the Soviet Union in the midst of the Cold War.

I was trained as a historian of Russia at the University of Chicago. I started out in European history, but I enrolled in a course on the history of Russia by a professor who turned out to be extremely charismatic and captured my attention completely. It was rather late in the game – I was in my third year of graduate school before I decided to commit to this, which meant learning another language very quickly.

And the Cold War, it was inescapable. I received a fellowship to spend a year in Moscow in 1966, where I did my dissertation research, and that was a year of learning and experience that was incomparable.

What is the role of interdisciplinary in your work?

Oh, absolutely crucial. I’m constantly trying to make my students understand the necessity of bringing fields and disciplines together rather than burrowing deeply into just one thing.

The talk will bear this out. I was looking around my own library, and I saw that I had a huge collection of photography books about Russia. I thought to myself, why don't I look into that? That meant doing a lot of reading in a field that I knew literally nothing about, and learning the methodology.

I was trained to analyze words, regardless of what language they happened to be in. Sometimes we had to take courses on paleography, which meant learning how the handwriting works in the writing of the person you’re studying. What I’ve done with images is the same thing. I've tried to train myself as a kind of paleographist of imagery instead of words – to look at a photograph, turn it around, look at the contrasts and see what’s there, and then start putting photographs together.

I’m fusing together the history of the Soviet Union, as we generally understand it, with the perspectives of photographic evidence. Witnesses, I call them – the photographers who came from the West to work in Moscow.

On using photographs as historical evidence:

There's a very famous book by David King that everybody in my field knows about. On every page there are two photographs. One example is a photograph of Lenin at the top of a reviewing stand, and several paces next to him is Trotsky. The second picture is the same photograph, except Trotsky ain’t there anymore. He’s been airbrushed out of history.

What I have to worry about is verifying evidence, which would be the same thing if we were dealing with words. I tell my students this all the time. If somebody comes in and says, “Look, this is a primary source, it’s an excerpt from an author’s diary” – but can you corroborate it? Did anybody else write about it? Was anybody else there? Maybe it’s fiction, not fact. You have to constantly interrogate these things. That gets me back to interdisciplinarity, because I need to be able to wander from one field to another to make sure that the information being portrayed in the images is, in fact, as valid as one can make it.

What’s the most surprising thing you’ve found in the archives?

One thing I didn't expect was the immensity of what some of these collections contain. There’s a book by John Steinbeck, who went to Russia in 1947. Fortunately, he took with him the most important documentary photographer at the time, Robert Capa, who was going along to document in images what Steinbeck was going to write about in words.

The Capa archive is in the International Society for Photography in New York. Capa took hundreds and hundreds of rolls of film. It is really a staggering number of pictures.

It was typical of the time for photographers to develop strips of negatives on a contact sheet, and draw an orange box around the photograph they liked. Going through boxes and boxes and seeing what he didn't choose to publish was a learning experience.

The other complication in this research is that the photographers had to go through Soviet approval before they could even come back to the United States. Rarely did they show them every single photograph. Capa was allowed to publish only 49 photographs from the ones he took during his trip. But he had a nice sense of wit and humor about the whole experience there – how to get around everything that they told him he shouldn't do.

When I started to put this project together, my thought was to produce something that – if it wasn’t a counter-Cold War book, it would at least ask people to rethink some of the structures of opposition that dominated the world that we used to call “free,” as opposed to the one that was always called “communist,” with such negativity that you can almost feel the burn.

Part of the intention is to understand what ordinary people's lives were like in an extraordinary situation. They lived in an incredibly complex political structure. There were aspects of it which I think few outsiders really could have possibly understood, without visiting there and immersing oneself inside of it.

I’ve gone back a number of times since graduate school, and of course, it's been different, but when it was still the Soviet Union, and the imagery was so utterly negative...that would take another interview to talk about. But the connections to people were so powerful – all the more so because you’re crossing a Cold War divide by befriending each other.

A small example – it was the middle of December, or maybe January. Moscow was totally freezing, and there was nothing but snow anywhere. I wanted to talk to my closest Russian friend about his family background, and I kept asking him about it. He said, “We're not going to ever talk about it inside Moscow university, because your room’s bugged.” I didn’t believe him at first, but I later found out he was right.

He took me outside, as cold as it was, and told me about his father, who had been a prisoner of Stalin – he was taken from the house and never seen again. His parents were illiterate farmers. He showed me postcards where his mother could only write Xs and Os. But he knew what it meant, and it meant so much to him.

The point of all this is that he trusted a foreigner – me. And that's part of understanding the kind of society that these photographers found their way into, during the Cold War when they were the enemy.

What courses are you teaching?

Every fall, I teach a course on the history of modern terrorism. I've been offering this course for such a long period of time, I decided there must be a counterpart to it. So I invented a course on the history of political non-violence, and boy, is it a relief to talk about people who were committed to resolving the very conflicts that I was teaching. The cases of King and Gandhi are well known, but there are tons of people I’ve learned so much about, and I have such enormous respect for what they went through.

"Diagnostics of Violence: Russian Psychiatry in World War I," Russia and the Great War (Slavica Press),2015.

The Foundations of Modern Terrorism: State, Society and the Dynamics of Political Violence, (Cambridge University Press, 2013) (translation into Arabic in process) 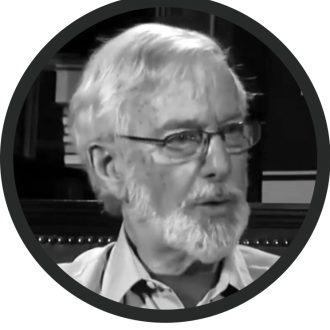