Philip Rupprecht is Professor of Music. In this edited and condensed interview, he describes the power of the press, the BBC, and other cultural institutions in mediating British musical culture, and how his own research takes part in the canon-making enterprise.

Dr. Rupprecht gave a virtual tgiFHI talk titled "Music, Bureaucracy, and the Production of Taste: Malcolm Arnold and the BBC in the 1950s'" on Friday, February 12, 2021. View the full talk here!

My research interests are in musicology, which is the historical and also the analytical-technical study of music. I’ve always resisted this binary, though. I believe that history and analysis are intrinsically linked. You can't do a good close reading of a musical text without solid historical awareness. And you can't say interesting things about historical situations unless you can parse scores at the level of individual gestures.

More specifically, I work on British music. I didn’t think I’d only study British music, but over time you specialize: I did my dissertation on Benjamin Britten, a famous 20th-century British composer, and I then wrote my first book on his operatic dramas. My second book was on the British avant-garde in the 1950s to the early 1970s.

I became interested in the interplay of British and European music, which became very fraught in the post-1945 period. This was a time when internationalism was in the air and the avant-garde was suddenly fashionable. I started thinking about all of this in terms of ideas about stereotyping that first arose in the context of post-colonial criticism. Of course, the interplay of the nations of Europe was a very different situation from that of an imperial moment, but I started applying a psychologically motivated study of culture to this little island off the continent of Europe. (With what's happened in the last couple of years with Brexit, I don't think it was entirely off base to emphasize these things.) Growing up in England, I was constantly aware of a love-hate relationship with “the continent.” Even in just the naming, “the continent,” it's always othered.

British musicians have always tended to define themselves in opposition to German and French musicians. They perceived German music as intellectually rigorous and contrapuntal, and French music as sensuous, harmonic, and subtle. You start to see these kinds of claims in newspaper articles, books, and CD liner notes. I was struck by this discourse of stereotype and self-stereotyping, and it became a part of my second book.

While writing, the big idea that came through for me was the role of newspaper press criticism in defining and mediating music’s presence in culture. If you go to a concert, sound will enter the room and your ears will pick it up. Maybe you dance, or you enjoy the colors of the instruments or are charmed by a snatch of melody. 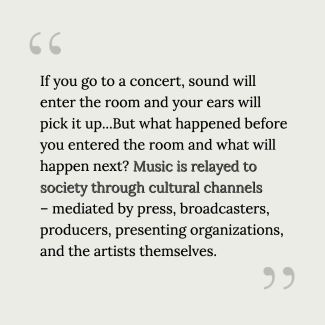 But what happened before you entered the room and what will happen next? Music is relayed to society through cultural channels mediated by press, broadcasters, producers, presenting organizations, and the artists themselves. You're immediately in the world of canon-making, history, image, ideology, and stories. There is no naïve pre-ideological hearing of music.

From the ’50s and ’60s, we have a rich archive of newspaper opinion. Every time a new piece was performed, eight or nine critics in London wrote about it in the press, and what they said became the story. I started analyzing the journalistic reception of the music in relation to widely debated questions of style and technique.

It was an interesting book to write because it involved a group portrait of, in the end, about a dozen composers, where only two or three of them were famous. Defining this avant-garde scene of the ’50s into the ’70s was itself a canon-making enterprise. Who do you pick? Who did history pick, and why?

I feel that I’m rooted in music studies, and I look outwards to other fields to try to bring things back into my home field. For example, in writing about opera, I became interested in the social model of utterance articulated by speech-act theory, as a way of understanding the interplay of words and music on stage. I think it's very hard to be genuinely as good a literary critic or art historian as you are a musicologist.

If I mention the painter Francis Bacon and his screaming popes, as I did in my second book, I'm not going to claim to be an authority like David Sylvester. But I am going to read Sylvester’s interviews with Bacon. I'm going to draw conclusions from art history and bring them back to musicology.

The culture I’m interested in, at large, was multi-disciplinary. Composers, musicians, performers were inspired by the poetry they were reading and the paintings they were seeing.

What have you found in the archives?

My current book project, which deals with the period immediately after the war, and into the ‘50s, is a sort of historical prequel to my second book. Also I became aware of the elephant in the room, the BBC—the British Broadcasting Corporation—which was the largest impresario in the world at the time. They had eight or nine orchestras and a tax levy budget of millions and millions. And they were producing radio starting in the ’20s. By the ’50s and ’60s, they were really “the national presence” that could make or break a career in music.

Writing the book on the avant-garde, I was reading other scholars’ work on the BBC, but I hadn't worked on the BBC myself before. So I resolved, for my next project, that I would have to get my hands dirty and go to the BBC archive.

I made three trips between 2017 and 2018 to the Written Archives Centre in Reading. I wanted to track the bureaucracy involved in selecting orchestral music. They had a panel of anonymous readers in the ‘40s and ‘50s. If, as a younger composer, you wanted your music accepted for broadcast, it had to be read first by “the panel.” Some composers just never got the nod. By the early ’50s, people were getting rather upset because many composers—even a few older, established figures—felt they couldn't get their music played enough on national radio broadcasts.

The BBC bureaucracy was huge and rhizomatic. Its personnel was constantly changing from year to year. I’m spending a lot of time reading the BBC’s mostly handwritten memos from the ’40s and ’50s. I’m trying to imagine, well, who really exerted the power here? What can I construe from this paper trail that survives of a vast, well-funded bureaucracy that created the daily programming for the nation?

It was Raymond Williams who said, “Culture is ordinary.” In the ’50s, the debate was about whether culture comes from the ground up in an organic way, or a more top-down model – from people like F.R. Leavis or Eliot – who felt cultural and artistic value should emphasize a literate tradition defined by specialists.

“Culture is ordinary” is a great slogan. My slogan will have to be something like, “Musical culture, whether ordinary or extraordinary, is something mediated by institutions.” It's not very catchy yet, and sounds a little gloomy! But that to me seems like a truth that is otherwise almost invisible to us. The other point would be the historian’s problem, of understanding the personalities and regulating conditions within a given institution – the complicated day-to-day workings of BBC Radio, for example.

This semester, I’m teaching two undergraduate courses. One is on music theory. Each of the students writes a piece in four parts and we bring the Ciompi String Quartet to perform them all at the end of the semester. We’re very eclectic in our historical references and mix vernacular styles with classical music. Just yesterday I played the students Prince’s song “Raspberry Beret,” but the previous week we looked at Vivaldi concertos from the 18th century.

The other course I’m teaching is “Music History from 1918 to the Present.” We've just spent two weeks on the 1920s: Stravinsky, Hindemith, Bartók, Crawford Seeger and Gershwin. We also looked at the Duke Ellington Orchestra of 1930 because jazz was so influential on people like Copland and Milhaud. Next week we’ll start the ’30s.

I’m also advising PhD candidates in musicology. Their work is by definition the cutting-edge of the field. 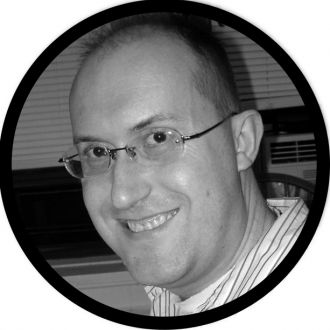