Roberto Dainotto is Professor of Literature, Italian, and International Comparative Studies. In this edited and condensed interview, he describes how the popularization of the novel occurred at the same moment as the politicization of the masses, and how literary inventions not only represent, but also affect political and economic realities. He asks how we may be able to respond to crises today through not applying, but translating Gramsci.

My interest is in the novel at the moment it becomes the dominant literary genre, between the 18th and the 19th centuries, a moment in which the popular masses started participating in political and cultural life.

I don't think my work on the novel is unrelated to my study of early Marxist theory; so, Gramsci and Labriola. Once again, it is a reflection on popular masses participating in political life. My first book was my dissertation, which was on the regionalist novel. I am a Europeanist mostly, but especially since I came to Duke, I have been very influenced by postcolonial literature and theory. Lately I've been working on Fanon, who became very important in Italy in the early Sixties, more so than in France, because he was not censored in Italy.

Can you speak more to the moment when the novel becomes popular and the masses become politicized?

Between the 18th and the 19th century, there are several revolutions: democratization of political structures, the rights of suffrage become wider, public schools create more potential readers...

Pamela, for example, completely tears apart the tenets of classical poetics, the distinction between high and low, the principle of decorum – that heroes and tragedy are for the higher classes and comedy is for the lower classes. In Pamela we have a maid who not only is a hero, but she also speaks as elegantly as the upper classes. In that sense, I see a very strong connection between the moment in which the novel becomes dominant and what is happening in politics and in technology with the spread of the printing press.

There is the Nancy Armstrong book, How Novels Think. This is one of the things that keeps interesting me: what are the epistemic conditions for the novel to be?

And that's what interests me, this moment of democratization when the popular masses become a political and cultural subject. This is all nice and well but at the same time, it presents several problems: the difficulty of relativism, the difficulty to establish common or shared values. This is what fascinates me, and it’s what fascinates me about Gramsci. He's the one who's absolutely concerned about how you make politics at the moment in which masses can go in different directions.

Anything is possible. The question becomes to which direction, to which end, you want to flow.

I would say that I still do literature even when I work on Gramscian political theory.

One of my graduate professors, Barbara Sparkman, was very influential to me. She wrote this beautiful book, Fascist Virilities, on Mussolini and D’Annunzio. It was a way of reading the rhetoric of fascism in the way in which fascism will try to create a storytelling of the nation. She managed to make a very strong political study of fascists by using the typical methods and tools of humanistic research and literary investigation.

My training was in Italy, and formalism in Italy was very different than formalism in the United States. Closer to the Prague school, especially Jakobson, for us the formal study was never understood as studying literature as a “well-wrought urn.” The formal was what we used to call a “level.” In order to decode the text, you needed to know all the level that determined its significations: the sociological level, the historical level, the political level, the economic level... I still think of literature in that way.

So “interdisciplinary” is not a word that I use when I talk about my work. But of course my work is interdisciplinary because I will never understand a novel if I don't know the history, the sociological reality, the economy around it.

What is your methodology?

Well, it depends. The book on the regionalist novel came out of a real anger. There was a book that was published while I was writing my dissertation on stories from the “new Europe.” And this collection of European short stories started using basically the language of decoloniality to discuss what they called...something like the “blossoming new voices in ex-Yugoslavia.” This was while the war was still going on. I was very angry at reading that the war in ex-Yugoslavia could be sold as the “blossoming” of different regional identities.

The Europe book, which I published with Duke, was also a part of the same sentiment. I was very angry about the fact that with Schengen, the European borders had opened, but for people from the south of Europe, which were called at the time the “PIGS” (Portugal, Italy, Greece and Spain), it was much more difficult to go through Schengen. This is to say that the thing that motivates me is strong affect.

I found that literature had something to do with it, because the entire taxonomy of North and South was, before anything else, a literary invention, that then became what I call the “rhetorical unconscious” of legislation and economic decisions. So literature very often does something, not simply represent. It does something to politics and economics. I try to understand what the connections are between the different expressions of social living at a certain moment.

What's something you hope people take away from your talk?

My talk tries to look at one specific concept of Gramsci’s: sovversivismo. I try to look at the way in which the occurrences of this word in specific political and cultural contexts make the word acquire certain meanings and achieve certain political results, rather than others. You cannot do that if you only have some scattered notes from here and there. We do not yet have yet a philologically reliable edition of the notebooks. We need to translate the entire notebooks of Gramsci – we still don't have a complete translation.

Gramsci is the thinker of crises. He has a whole taxonomy of different crises, but his major distinction is between an organic crisis and a conjunctural crisis. For him, after World War I, capitalism enters a period of organic crisis because wealth tends to be concentrated among very few individuals. The middle classes feel betrayed: they fear the “proletarianization” of the middle classes. This has some echo of course, with the present moment. For Gramsci, these would be two different conjuctural crises. But they both express the same organic crisis at the origin of all of both.

What I'm trying to do with the talk and what I hope people will take away is that you can do a philological reading of a text or a series of texts. But at the same time, this philological reading can talk to our present. There is a way in which we can translate, rather than apply, Gramsci. Gramsci can become a way for us to make a little bit of sense of what we see around us.

I’m teaching an undergraduate course on “What is Europe?” It actually has nothing to do with my book on Europe; it's on what Europe is, since geographically you cannot separate Europe from Asia. How do we define Europe politically, culturally, et cetera?

I also teach courses on Gramsci with certain regularity, including a graduate course. 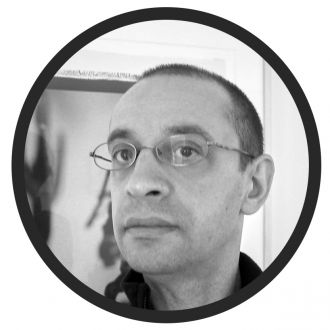