As part of its event series tgiFHI, the Franklin Humanities Institute conducts interviews with its faculty speakers in order to familiarize broader audiences with the diversity of research approaches in the humanities, arts, and interpretive social sciences at Duke University.

Samuel Fury Childs Daly is Assistant Professor of African and African American Studies. In the edited and condensed interview below, he explains why he became interested in the study of law and warfare, how he uses the fine arts to approach the study of history, and how studying the military regime in Nigeria provides insights into the ways that soldiers rule countries. But first, here's the tgiFHI he gave on Friday, October 22, 2021, titled "How Soldiers Think: Law and Dictatorship in Nigeria":

I’m a historian of law and warfare, and where those things meet. I've always been attracted to questions or topics that I don't intuitively understand, and both law and militarism fit that bill.

My past work was about the Nigerian Civil War, and how this war was connected to Nigeria's long and harrowing experience of crime in the late 20th century. Basically, the book argued that warfare opened up a space for new kinds of criminality that hadn't been there before.

This project that I'll be speaking about at tgiFHI follows on from that book. When I started doing research about Biafra in 2011, as I was moving through the archives and going to all of these courts, and speaking to all these lawyers and reading their personal papers, I would often encounter documents that didn't quite fit what I was looking for. So I would copy them and toss them in a file folder, which eventually became a box, and then several boxes, and then a whole filing cabinet of paper. Before I knew it, I had this collection of documents about Nigeria's long experience of military dictatorship, which lasted from 1966 to 1999, with a couple of brief interruptions.

Most of the papers that I collected were court cases and legal records, about how people used law during the military dictatorship to try to obtain remedies or criticize the state. But they also showed something about the military regimes that ruled Nigeria in this period, and how they thought about the big questions of the late 20th century—about how a state should be, and how law works in the postcolonial world.

My interests aren't limited to Nigeria. I'm also working on a project about military deserters in Africa at large. It looks at why men desert the battlefield and what they do after they desert, and it argues that desertion is a more politically creative act than militaries usually understand it to be. It's not always just about cowardice or fear. Sometimes it's about the desire to create a new world, even in the midst of warfare.

You know, African Studies is inherently interdisciplinary. Very few people just operate in one mode. The thematic questions that I'm interested in are best served by taking an omnivore’s approach, even though I’m a historian, and a fairly doctrinaire one at that, who uses a lot of archives and keeps my eyes pretty firmly on the past. I also use ethnographic methods, and I think a lot about the humanistic study of law.

I also seek out sources in unusual places. I lean pretty heavily on diaries and memoirs, and even works of fiction. These are not things that most legal or military historians would go to first, but, given the constraints that you have to operate under working on Nigerian history, I found them valuable. I think they make for a more creative kind of history, too.

I also think a lot about the fine arts, and even though it doesn't always show up explicitly in my work, I’m always thinking about how artists interpret the same kinds of questions that I’m working on. So when I'm trying to understand how women experienced militarism in Nigeria, the performance artist Okwui Okpokwasili is on my mind. Or when I'm trying to get a sense of what this time period looked like and felt like, I look at the paintings of Njideka Akunyili-Crosby. Historians don't have a monopoly on thinking about the past, and I want to write history books that pack the same punch as a song or a painting.

I also think a lot about other areas of history. I have recently been looking more and more to places that are really far from the space and the time that this book is nominally about. I think a lot about South Asia’s legal culture, and about militarism in the Americas, and all these other precincts of history that nonetheless maybe reveal something about what was going on with Nigeria's particular form of militarism. So being interdisciplinary to me just doesn't just mean using the analytical tools of other fields, but also thinking about forms of history that are really far from whatever I’m looking at.

What's one thing that you hope people take away from your talk?

The history of law in Nigeria is relevant for a lot of places. I think there's a larger story here about how soldiers rule countries in general. The short answer is that soldiers rule countries like they fight wars. They approach every political problem like a battle. They see it as their objective to win that battle, even if that means  annihilating their political rivals. The world of soldiers is a world of conformity and hierarchy, and this bleeds over into how they administer their countries and how they do politics.

Military officers also often believe, whether publicly or privately, that they have figured out human nature: that they know how people work. This makes for an unusual form of law that they enact when they come to power. The men who ruled Nigeria in this period really thought that making the country into a vast barracks was what was going to truly make it free. They thought that if they could convince, or force, everyone, from a woman selling produce in the marketplace to a wealthy businessman in a boardroom, to act and think like a soldier, that this would make Nigeria free. They really ardently believed this. The notion that freedom is discipline is not a counterintuitive one in the martial habit of mind, and we see this all over Africa in the era of military rule. It's something that we find in lots of different military regimes, or militarized countries or states. We see it in the United States too.

I think Nigeria offers us a really vivid example of what that disciplinary philosophy looks like in practice. The truth of the matter is, most civilians don't want to live in a barracks. So when they are forced to act like soldiers, what results is often a very illiberal form of politics.

Right now, I'm teaching two undergraduate seminars. The first is called “Africa Before Colonialism” and it's a survey of the African past from 10,000 years ago to about 1800. This is a course that is very much about method, and about how we know about the past, and about learning to use things like historical linguistics or archaeology or climatological data to understand big transitions and movements in the deep African past. It's also about quasi-philosophical questions about how societies are born, how they end, how people come to think of themselves as a society, and what forms of politics operated long before the world that we live in today.

The other course is also an undergraduate seminar called “Nigeria: A Modern History,” which looks at Nigeria's last 200 years or so, which is a period that encompasses the growth and collapse of big states and kingdoms, the advent of the Atlantic trade in enslaved Africans, colonialism and what came after. It’s my favorite course to teach.

I’ll also be teaching a new course about law in Africa and the African diaspora, which I'm very excited about. So stay tuned!

A History of the Republic of Biafra: Law, Crime, and the Nigerian Civil War, Cambridge University Press, 2020. 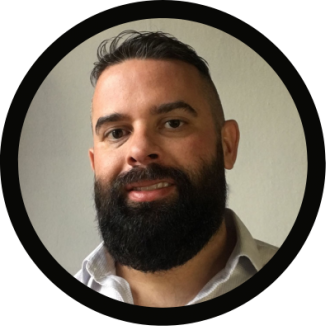