Tell us about your research interests and how they developed.

I study Southern Ghana during a period that is often referred to as the imperial encounter. This was when Europeans first made contact with people living in Ghana, which was in the mid-15th century and to pretty much to the end of the colonial war in the 19th century. It’s a very large 500-year period. My work is really interested in the relationship between European people and West African people. I don’t think that [relationship] is destined from the very beginning of the imperial encounter – we’re talking about two impressive societies that have their own ways of life, their own resources, their own ways of doing things. It’s not [immediately] clear why that relationship should become one of colonialism.

So I study a very long time period to see these shifting changes in power, and the paper that I’m going to be researching [for tgiFHI] is really about one aspect of this: the emergence of prisons in Ghana during the period of the Atlantic slave trade. It used to be thought that there were never prisons in Africa before colonial rule because these were an invention of Europe and the West — a unique invention that was transported and imported across the world through European colonialism. My talk shows that that’s not true; Africans invented their own systems of prisons before colonial prisons occurred, and they were invented for many of the same reasons that Europeans invented prisons — which is that near the end of slavery, [colonial rulers were thinking through] what happens to Black people after slavery is abolished, i.e., how are you going to get capital and labor extracted from African people? What I show in particular is that even though these prisons emerged in Africa at roughly the same time as prisons were spreading across the ocean — in North America in the 19th century at the end of slavery — the prisons in Africa very interestingly targeted mainly women, whereas the prisons that we are familiar with in the West targeted mainly men. So we're talking about a system [among prisons in Africa] that's really organized around the female body and female labor. And that's why it's vital to talk about prisons of the world to understand a version of the prison that centers on female capital instead of male capital.

Could you share a little bit about how you got started on this current research project?

I’ll answer that in two ways. The first is, “well, why Ghana?” and that goes back to my time as an undergraduate student. I went to McGill University for my bachelor’s in Canada, and they had this amazing arts internship program where you could think about countries where you would be willing to work for the summer, and they had established connections with organizations in those countries where [the university] sent interns. I wanted to go to different places in Africa, because [through my Indian family] I knew about the history of indentured Indian labor in Africa. There’s still such a large Indian population across Kenya, Ghana, and Tanzania. The university ended up assigning me to Ghana for the summer. And I really enjoyed it and became fascinated with this is a history that is part of my own: my own family history of colonialism and British empire. So that's why Ghana.

Why prisons in particular? I think what fascinated me is that we didn’t really know these prisons [in Africa] existed. In the archives, I tend to study documents historians don’t really use because they’re often in sorted piles called “Native Affairs” files. Native Affairs files are connected to indigenous people: basically, things that indigenous people would write to the colonial state, which were often complaints that would get filed. As I was reading through these [documents], there was so much discussion of these African prisons: women inside the prisons, men whose wives were imprisoned, men whose daughters were imprisoned. I thought, wow, it would be cool to write an article about gender and the prisons. Then as I started digging into the scholarship, I realized we didn’t even know these prisons existed, let alone that there were mainly women in them. I started to think: if we don’t know why this prison exists and scholarship says it doesn’t, you’re no longer just trying to prove why women were imprisoned; you’re trying to prove why [these prisons] emerged and how did they changed the narrative of incarceration. Which is a really important story in the world today.

Could you tell us a little bit more about your research methods? What does your day-to-day research practice look like?

That’s a great question. I’m a historian and like most historians, I really rely on archives, which are big repositories of world documents that tell us a lot about the past. In particular, my method is what social historians would describe as a “history from below.” I’m really trying to capture the mindset of everyday versus more elite people and intellectual people, and because of that it’s quite challenging because those are the people who are least likely to leave behind documents for us to find. My method was looking at this huge set of files that dealt with the concerns of ordinary people. These files are very hard for historians to use because they’re in gigantic boxes that are not chronologically organized. Say you wanted to study popular life all over Ghana: you’d have to open up every box, for every city and every town. A lot of it is just loose-leaf paper. My method is to try and read as much of this as possible. I think this is really where day-to-day life and ordinary people can be seen in their own words: they write letters, they appear before a court, and we get these monologues of ordinary people talking about their experiences.

[This archival research method] revealed these histories we didn’t know about because we [historically] didn't look at those boxes. We didn’t know these African prisons existed. But obviously they did, and they were very important. There were probably at least 80 of these prisons in Ghana by the year 1888. That's a large number; there were only eight or ten colonial prisons at that time.

You deal with this really complicated archive but also cover a broad array of subjects and topics. What is the role of interdisciplinarity in your work?

The second way — and this is not necessarily an aside from my academic work — is that I’m a fiction writer and have published a few pieces of my upcoming short story collection. One of the major interdisciplinary ways I think and work is asking, “how do you tell the story?”

Tell us more about your tgiFHI talk and what you hope attendees will take away from it.

I think this talk really will interest people who are interested in histories of confinement, incarceration, bondage, and slavery from an international perspective. I think it’s certainly something that I think the world needs right now — we’ve come to understand that we have a prison problem that is not unique to the United States.

What classes are you teaching this year, and what upcoming courses are you looking forward to teaching?

This year I’m teaching Introduction to Modern African History (History 102). I’m really enjoying it; it’s a total adventure. I’ll be going on leave in the spring, but next year I'm looking forward to teaching a class on the global history of confinement, which will look not only at prisons but also things like asylums, slavery, bondage. And then I’m teaching a course on History through Fiction. 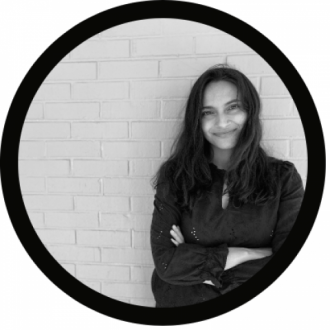