How do we define Appalachia? What kinds of assumptions do we make about the people who live there, and how do they limit our view of human complexity? How can Latinx music deepen our understanding of regional culture(s), including our own?

This week, we interview Assistant Professor of Music Sophia Enriquez about her research and teaching. Dr. Enriquez will give a talk entitled "Listening for Latinx Understories: The Musical Roots/Routes of Migrant Farmworkers in 20th c. North Carolina" in our tgiFHI series on Friday, November 5, 2021. Join us by registering for the in-person talk (Duke faculty, students, and staff only) or the livestream via Zoom webinar.

What are your research interests and how did you develop them?

I study folk music traditions of the Appalachian region, with an emphasis on Latinx communities and migration, and I come to that from the fields of ethnomusicology and folklore. As a musicologist, I'm generally very interested in the social and political dimensions of music, and how the creative practices of music and storytelling, and spaces we form around these traditions, carry meaning.

I'm from Appalachian Ohio, born and raised, and I was interested in learning more about music that's connected to the place I was from. I’m from an Appalachian family on my mom's side, like white settler people, but my dad's background is Mexican-American. I started to get interested in questions like, where are the people who share a background like mine? Where do they map onto these traditions?

I knew that there were other Mexican and Mexican-American people in Appalachia, but I wasn't sure where. I went down a rabbit hole, reaching out to networks and scavenging the interwebs, and I found people who have really interesting, creative projects, merging Latin folk music and Appalachian folk music into different things that they identify as “Mexilachian,” “Latingrass,” or “Appalatin.”

How would you describe the Appalachian region to someone who is unfamiliar with it?

Geographically speaking, what is “politically” considered Appalachia is defined by the Appalachian Regional Commission, which is a federal body that makes those decisions, and distributes funds and resources to counties that meet certain socio-economic criteria. The main idea is: a culture that's specific to place and to region and to the Appalachian mountains themselves. But the hills of southern Ohio are very different from southern West Virginia, so I would say that I understand the region less in terms of these sorts of political, official boundaries, and more in terms of how people identify culturally to place.

There are also migration narratives about mass, inter-regional Appalachian migrations of folks, who moved in the mid-20th century from places like Eastern Kentucky, West Virginia, East Tennessee—i.e., “central Appalachia”—to areas that are considered more peripherally Appalachian, like the Cincinnati area. So I think of Appalachia as a place is connected to the mountains, but I also think that its borders are very porous.

My work is interdisciplinary at its core. For me to do what I do, or ask the sorts of questions that I’m asking, it has to be.

The main intersections, or spaces that I draw from would be ethnomusicology and Latinx Studies—and specifically within Latinx Studies, the perspectives of Latina and Chicana feminisms—and also folklore. One of my graduate interdisciplinary specializations is in folklore, so I think about folklore both conceptually and at the material, cultural level of tradition.

Can you describe what your research practice looks like?

I do a lot of field research, which involves showing up to places, talking with people, traveling, and building relationships, both at the individual level and the organizational level.

I describe my research as collaborative and relationship-based. It is also multi-methodological. One method from anthropology, which Clifford Geertz called “deep hanging out,” is about building deep and long-standing relationships with people. In my case, they’re very aware of what I’m doing. So that's why I use the word “collaborative.” One of the major power dynamics that we encounter in fields like ethnomusicology, anthropology, and folklore is this notion that we bring a level of expertise that might not necessarily be shared amongst our collaborators. This is entirely not true in my case, and in fact I would argue very much the opposite. Folks bring a critical lens or a consciousness that I just can't have because of my own positionality. I have gotten to know so many different people who are incredibly intellectually engaged in the questions that I'm asking, and have thought about them themselves for years.

There’s also an archival, or what I would call a “historical” ethnomusicology approach to my work: looking at archival materials, and thinking about how music, expressive culture, and storytelling shows up in the archives, and how people understand themselves through music. This talk is the first I’ve ever given that isn’t rooted in my field work, but in archival work. I’m trying to connect the dots and thread together narratives about music through what’s available.

What’s one thing you’ve found in the archives that surprised you?

I was so excited by the intentionality on the part of SAF (Student Action with Farmworkers) and the Southern Folklife Collection [at UNC] in paying specific attention to folk arts, music, and dance—Latinx cultural practices in that sense. And that's part of my argument, that we should understand the creative practices of Latinx folks in this area as part of regional, local culture, and not as the “other” in the local. Why is it that the mariachi or salsa or norteńo music happening here isn’t considered Southern music or Appalachian music? To me, it is an expansion of the possibilities of what counts. I’ve been surprised—in a good way—to see that there's a shift in our understanding about who is rooted here and how they're contributing to our collective, local cultural expression.

What's one thing you hope people will take away from your talk?

We really are better off when we understand not just stories about Latinx farm workers in North Carolina but each other in multifaceted, complex ways. Part of my research agenda in Latinx Appalachia is to show that when we imagine these identities to be in contradiction with each other, we are diminishing the very realities of their existence. We shouldn’t be surprised that there are Latinx people in West Virginia, Kentucky, etc. Of course there are! We make a lot of assumptions about people based on where they're from: assumptions about how they identify, what they like, what kind of music or creative practices they engage with, and those assumptions reveal long-standing histories and legacies of bias and systemic racism. They have very real impacts for the way that we understand each other and see ourselves in relationship to other people.

Telling a music-rooted story about farmworkers in North Carolina is one way that we can unlearn some of those assumptions about people, and better understand the ways in which Latinx people continue to contribute to our local and regional cultures.

I’m teaching an undergraduate class called “Latinx Music Cultures.” To my knowledge, this is the first academic course in the Department of Music that has ever focused on music of Latinx people. In the class, I’m looking at the music of Latinx people in the U.S., Latin America, and the Caribbean. The first units center Indigenous, Afro-Latino, and Afro-indigenous traditions, and right now we are wrapping up a unit on Latinx music communities in the context of the U.S. in the diaspora. Then we are talking about what it means for Latinx music to circulate globally, and where and how that happens. I’ve been really, really grateful to be able to incorporate a lot of outside voices this semester, specifically, some folks doing work in the Durham Latinx community. We've had five guest speakers, which has been really great!

I am teaching two classes next semester. One is cross listed with LSGS (Latino/a Studies in the Global South) and that is “Borderlands and Musical Crossings.” The other course, which I'm equally as excited about, but especially so because it's so new for Duke, is “Music of Appalachia.” In that course, we're talking about Dolly Parton and the Black string band tradition, and of course, we'll talk about Latinx music practices in Appalachia. I'm really excited for that on, because I think that there's a need for these conversations about the local, about region, and about place. 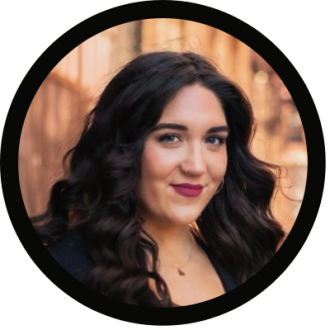