As part of the FHI's Humanities Futures initiative, Duke departments in the humanities, arts, and interpretive social sciences are invited to explore conceptual and practical questions moving their fields in new directions. The Program in Gender, Sexuality and Feminist Studies (GSF) has taken up this challenge by organizing a suite of events on Transgender Studies and the Humanities. On April 17, 2017, GSF hosted a day-long set of workshops and discussions on trans* issues in the classroom. The Duke Chronicle covered the public panel "The Pedagogy of Transgender Studies":

The John Hope Franklin Humanities Institute hosted a panel Monday afternoon to discuss the implications of transgender studies on the field of gender studies.

“The simple inclusion of transgender studies did little to reshape the framework of gender and women’s studies,” Beauchamp said. “We want to get rid of this additive model, where trans are exceptions.”

For situations in which most people in the classroom are unfamiliar with the concept of transgender, Beauchamp said he avoids introducing transgender studies as a special lecture or unit because that preserves a “pedagogical framework that maintains hegemonic gender.”

He studied the patterns in introductory gender and women’s studies textbooks, and noted that most books are organized around issues in relation to women—for example, “women and health” or “women and war.”

“[That kind of textbook] implicitly refuses the notion that we can easily recognize what is trans and what is not trans,” Beauchamp said.

On the other hand, when Beauchamp is teaching an upper-division class with students who are personally familiar with the material, he faces different challenges.

“How can we encourage students to critically examine [relevant] terms when those may be the terms that they themselves are using?” Beauchamp asked.

He suggested that professors “ask students to think about what the concept of transgender actually encompasses” in a separate unit on naming and classification.

Beauchamp and Galarte both agreed that transgender studies is an emerging field and that the efforts in their classrooms contribute to it.

“I see our work together as questioning the value of truth as applied to the concept of transgender,” Beauchamp said. 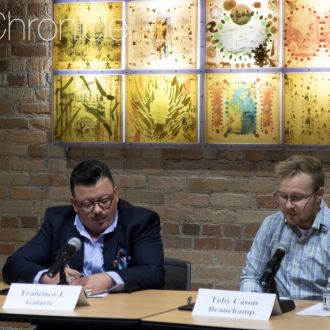