“There’s a standard misconception that activists only act, and scholars only think,” says Social Movements Lab co-director Michael Hardt, who teaches political theory as a professor in the Program in Literature at Duke University. “The Social Movements Lab is oriented towards activist-scholars who combine these two modes of activity.”

What do these activist-scholars look like? Consider a group of activists working with No More Deaths, an organization that provides direct aid to migrants attempting to cross the perilous landscape along the US-Mexico Border. Also academics, they publish articles that situate the crisis at the border within the frameworks of their disciplines. Or the multinational group of activists and refugees who currently occupy the City Plaza Hotel in Athens, Greece. A self-organized community based on solidarity, they position themselves rhetorically, as a “political example”—a response to what they say are exclusionary and discriminatory European Union policies towards migrants.

The Social Movements Lab has hosted both of these groups. Dialogues with activist-scholars take place on Mondays at noon – usually over Skype, with lab co-director Sandro Mezzadra, a professor of political philosophy at the University of Bologna, also participating remotely. Attendees are invited to prepare for these dialogues in “mapping sessions” the previous Wednesday, meeting in the lab to discuss texts from or about the movement, such as news articles, academic articles, manifestos, and documentary videos.

“The lab is a way to access and appreciate the types of knowledge that are produced in the context of activism,” Hardt says. “The kind of thinking that activists do is just as rich as thinking within the university.”

While some of the dialogue events focus on previously published material, some conversations that began in the lab will lead to future publications. Several of the activist-scholars have organized and published groups of papers in The South Atlantic Quarterly at the invitation of Hardt, who has edited this Duke University Press journal since 2010. Each SAQ issue contains a thematic section called “Against the Day” that focuses on a current social movement. “Against the Day” dossiers linked to lab dialogues include (or will include): No More Deaths (SAQ October 2017), the Women’s Strike (SAQ July 2018), the City Plaza Hotel (SAQ October 2018), “Fallist” student movements in South Africa (SAQ January 2019), and the Watch the Med migrant rescue project (SAQ July 2019).

Though they are centralized in different countries, regions, or even continents, several of these movements address similar issues and resonate with each other. By looking at movements in a broad scope and choosing focal themes such as migration, the Social Movements Lab is able to map global connections that were not initially legible. For example, Hardt says, lab discussions have revealed striking similarities between the challenges faced by activists at the US-Mexico Border and the Mediterranean Sea, where border policies deliberately force migrants towards the most dangerous routes, leading to a higher number of deaths. Additional focal themes for the coming year include gender subordination, indigenous social movements in North America, and logistics workers’ organizing in companies like Uber and Amazon.

“It’s important to have the wider vision to address these issues at a global level,” says Lab Fellow Roxana Bendezú, an activist and independent scholar who is working on a project that examines the root causes of migration and highlights the perspectives of migrants.

Focusing in on different movements each week also highlights the existing and potential connections between them. “I don’t know all the day-to-day things that activists in Greece are doing, so it’s helpful to listen to what the activists have to say and to learn how they think,” Bendezú says. “I’m always listening, learning, and sharing from my own experiences as an immigrant and a woman of color as well. There’s a mutuality to it.”

Anyone interested in learning about contemporary social movements is welcome to attend Social Movements Lab events. Those who participate on a regular basis may apply to become a Lab Fellow. Fellows receive a desk and working space in the lab, are eligible to request funding for research and/or conference travel, and may propose and organize Social Movements Lab events. Lab Fellows not currently affiliated with Duke University may be eligible for a Duke guest account and DukeCard, which provides access to electronic and physical resources. 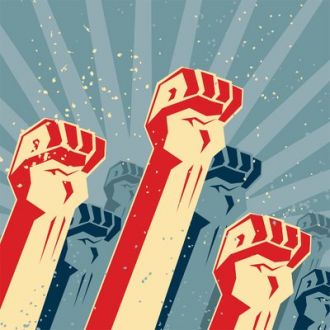