Why a Humanities Lab on Brazil now? The largest country in Latin America and the fifth largest in the world, Brazil has emerged as a leading 21st century state by virtue of the vibrancy of its culture, the development of its economy, the richness of its natural resources and, foremost, the democratic energies of its people. The past decade has seen a vast increase in Brazil's international prominence and leadership stemming from its uniquely dynamic social movements. A country featuring massive urban centers with major universities, museums, and research institutions, as well as the world's greatest trove of biodiversity, Brazil offers both challenges and solutions relevant globally: regarding the preservation of languages, natural environments, and cultures threatened by uncontrolled "development." Indeed, the cultural, spiritual, and musical life of Brazil has been profoundly shaped by the half of its population that is of African descent, as well as its diverse indigenous peoples and cultures.

The Global Brazil Lab aimed to generate new conversations between the humanities, the social sciences, and the sciences by including students in research focused on Brazilian arts, social movements, and natural environment. Organized around the thematic foci of nature, culture, and politics, the Lab was directed by an interdisciplinary team of faculty: John French, History and African and African American Studies; Esther Gabara, Romance Studies and Art, Art History & Visual Studies; and Christine Folch, Cultural Anthropology. 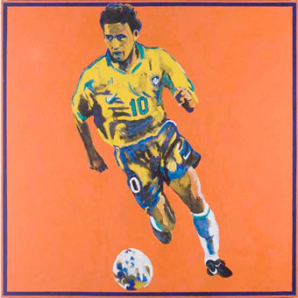 Visit the Lab Website (opens in a new window)

How Bass Connections Helped My Dissertation

END_OF_DOCUMENT_TOKEN_TO_BE_REPLACED

Race in Brazil & What the Future Holds