In collaboration with Screen/Society, the Franklin Humanities Institute is happy to announce an international film series on Antigone as part of its World Arts series. These four films are not strictly adaptations of Antigone (only one explicitly refers to Sophocles’ play), but each takes up the themes of political violence and contested burials in ways that resonate with the ancient tragedy. From Germany to the México-US border, and from Peru to the Congo, the political contestation over who can or cannot be buried invites us to reflect, yet again, on the historical violence that lies at the foundation of the state.

Part of a series of activities organized by the Antigone Working Group, the Antigone Film Series is curated by Andrés Fabián Henao Castro, Assistant Professor of Political Science at the University of Massachusetts Boston and 2018-2020 Postdoctoral Fellow at the Academy of Global Humanities and Critical Theory, a partnership between Duke University, the University of Bologna (UNIBO), and the University of Virginia. It anticipates a two-day colloquium on “Antigone’s Worldings” in the Fall of 2021 that will explore the reception, adaptation, and criticism of Sophocles’ ancient drama in a global context. It is supported by the Josiah Charles Trent Memorial Foundation Endowment Fund. 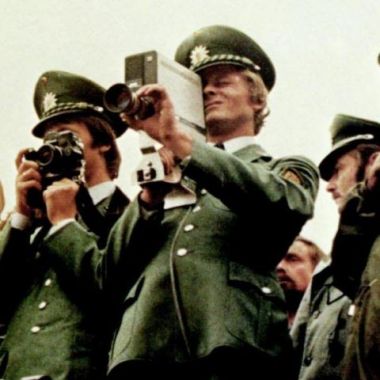 Germany in Autumn is a montage film including segments from 11 directors, all of which reflect on the tragic events of autumn 1977, when ex-SS public official Hanns Martin Schleyer, was kidnapped and murdered by the Red Army Faction (aka Baader-Meinhof group), 3 of whose members mysteriously died in prison. Opening with the official burial of Schleyer and ending with the police-interrupted burial of the Red Army Faction members, the film as a whole is structured by the differential burial to which the “friend” and “enemy” of the state are subjected. Germany in Autumn thus echoes the differential burial to which Creon subjects Eteocles and Polyneices in Sophocles’ ancient tragedy, Antigone. Yet Antigone makes more than one appearance in Germany in Autumn. On the one hand, Fassbinder replays the agon between Creon and Antigone in his own confrontation of his mother’s support for the dictatorship. On the other hand, Volker Schlöndorff’s segment forces the ancient tragedy to become comic, in order to circumvent the authoritarian censure of trying to critically visit Germany’s fascist past and its liberal afterlife. 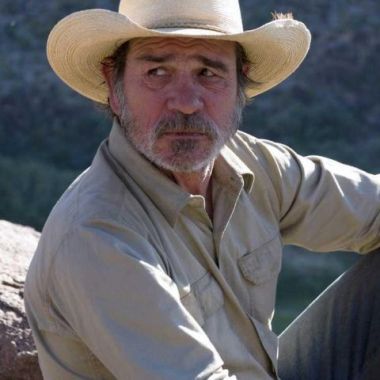 This neo-Western film tells the story of Melquiades Estrada, a fictional undocumented immigrant working in Texas who is killed by Border Patrol agent, Norton. To conceal his crime, Norton illegally buries Melquiades in an unmarked grave in the desert, but the body keeps coming back to haunt the state with its unaddressed injustices. Like the body of Polyneices, in Sophocles’ ancient tragedy, Antigone, Melquiades receives not one but three burials, as the political interests of the local sheriff, Belmont, enter into conflict with the promise that Pete Perkins, Melquiades’ best friend, makes to him. Perkins promises Melquiades to bury him in his hometown of Jiménez, in the event of his death in Texas. Like Antigone’s subversive burial of Polyneices, Perkins’ forces other violences to appear, risking the crossing of more than one border in its path. 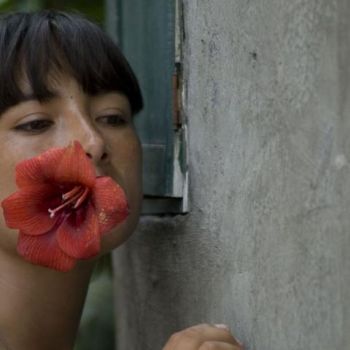 Set in the aftermath of the brutal war between Fujimori’s government and Shining Path in Peru, The Milk of Sorrow tells the story of Fausta’s efforts to take her mother’s body back to her village for burial. Like Creon, in Sophocles’ ancient tragedy, Antigone, Fausta’s uncle is opposed and wants the body to be rather quickly buried in the courtyard of his house. Songs, according to some, the most important in ancient tragedy, also have a special place in this film. It is through Fausta’s mother song that we are introduced to the sexual violence of Peru’s civil war and its long-lasting effects on indigenous women. It is through Fausta’s own song, that we are also led into the aftermath of that colonial violence, when wealthy pianist, Aída, who is struggling to complete a new piece for her recital, non-consensually appropriates Fausta’s song, who depends on Aída’s money to pay for her mother’s funeral. 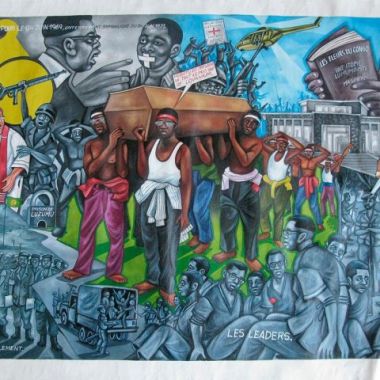 By the trees in the campus of the University of Kinshasa, this documentary focuses on the efforts of a popular Congolese painter to remember a student revolt that was violently repressed by the authoritarian regime of Mobotu in the 60s. As happens in Sophocles’ ancient tragedy, which makes more than one appearance in the film, grief has been interrupted by the state. The public act of collective remembrance, into which the current students at the University of Kinshasa are invited, exposes the ways in which the ancient Lovanium continues to haunt the Democratic Republic of Congo with its colonial afterlives.

Other Films of Interest

This series is cosponsored by Art, Art History, and Visual Studies; Classical Studies; English; International Comparative Studies; Literature; and Duke Arts. Additional cosponsors include the Institute of the Humanities and Global Cultures at the University of Virginia and the Academy of Global Humanities and Critical Theory, a research entity jointly promoted by the University of Virginia, Duke University and the University of Bologna. The screening of Germany in Autumn is cosponsored by German Studies; The Three Burials of Melquiades Estrada by the Center for Latin American and Caribbean Studies (CLACS), the Program in Latino/a Studies in the Global South, and Romance Studies; The Milk of Sorrow by the Center for Latin American and Caribbean Studies (CLACS) and Romance Studies; and The Phantoms of Lovanium by African and African American Studies, the Africa Initiative, the Center for Documentary Studies, the Masters in Fine Arts in Experimental & Documentary Arts (MFA|EDA), and Romance Studies.