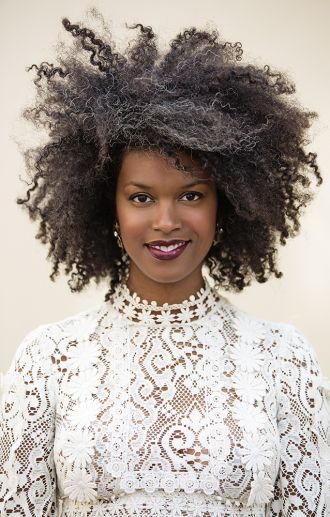 As the culmination of the series Aural Futures, which she curated with Professor of Literature Negar Mottahedeh, the artist, activist, and Afrofuturist Ingrid LaFleur will visit Durham, North Carolina on October 25 and 26, 2018. Events featuring LaFleur include two film screenings at the Full Frame Theater at the American Tobacco Campus; a lecture at the Franklin Humanities Institute; a conversation with Durham musician, activist, and social entrepreneur Pierce Freelon; and an Afrofuturist performance and dance party at the Duke Coffeehouse.

Negar Mottahedeh met Ingrid LaFleur at an international retreat for innovators, educators, visionaries, and activists earlier this year, where LaFleur spoke about her platform as an Afrofuturist mayoral candidate in her hometown Detroit. “That’s when I thought of the idea of collaborating with her, bringing her to Duke, including her in the [Franklin Humanities Institute] Water Series, and started brainstorming with her about an Afrofuturist film series at Duke,” Mottahedeh says.

This seeded their collaboration on a program that pursues a multidimensional presentation of Afrofuturism, beginning with music and sound. “The program itself is really exciting,” Mottahedeh says, “because we’re introducing Afrofuturism through its music, a tradition that draws on technologies and genres from the past and present, and that dreams of a utopian future in which Africa and people of African heritage play a key role.”

“Ingrid LaFleur’s talk [From the Drexicya to Mars: An Interplanetary Water Mission] fits beautifully into our theme series for this water, which is Water,” says Franklin Humanities Institute Director Ranjana Khanna. “I’m especially interested on how she views water through a humanistic lens, focusing on our relationship with water beyond the extractive, beyond water simply being a necessary resource for us to live.”

The two Screen/Society film screenings will feature Janelle Monae’s Dirty Computer and a shorts program on the evening of Thursday, October 25, and a work-in-progress documentary on the underground music scene in 1980s Detroit, God Said Give ‘Em Drum Machines, on Friday, October 26, both at the Full Frame Theater in the American Tobacco Campus in downtown Durham. Executive producer Jennifer Washington and director Kristian Hill will join LaFleur for the Q&A following the screening.

The conversation with former Durham mayoral candidate Pierce Freelon at the Forum for Scholars and Publics at 12pm on Friday, October 26 highlights Afrofuturistic political aspirations. “Besides Detroit, Durham is the only other city I know that has had an Afrofuturist mayoral candidate, and to bring them together to talk about their cities, their vision for their cities, and the future of the Black city is really exciting,” Mottahedeh says.

The performances at Duke Coffeehouse on the evening of Saturday, October 26 “come out of the kinds of Afrofuturist modes that Ingrid and I both appreciate,” Mottahedeh says, “which are not just intellectual but also experiential. We thought we would create an environment where audiences can experience Afrofuturist music and storytelling.” The storytelling comes in the form of the Afrofuturistic puppet show 5P1N0K10 (Spinocchio), about an android who desires to be a real b-boy, set to a hip-hop score.

“We’ll be weaving together an evening of music, hip-hop, spinning, and puppeteering to immerse the audience in the experience of Afrofuturist music,” Mottahedeh says.