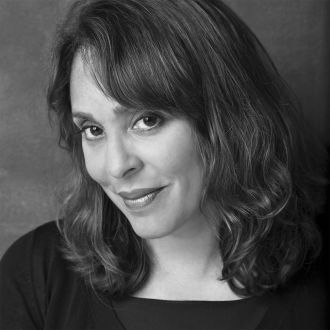 Pulitzer Prize-winner and two-term Poet Laureate of the United States Natasha Trethewey will deliver a public lecture at Duke University on Wednesday, March 21, 2018, the first in a newly instituted series in honor of the celebrated historian John Hope Franklin.

“The Franklin Humanities Institute is delighted to announce this inaugural annual lecture in honor of our namesake,” said FHI Director, Ranjana Khanna. “Dr. Franklin’s scholarship urges us to attend to both the untold stories, and the familiar ones --'intellectualizing them,' as he put it -- and to place those stories in the context of the world. We think the ways in which Natasha Trethewey’s poetry engages with history are a perfect example of that.”

“Natasha Trethewey’s poems plumb personal and national history to meditate on the conundrum of American racial identities,” wrote Marilyn Nelson in her judge’s citation for Trethewey’s 2016 fellowship from the Academy of American Poets. “Whether writing of her complex family torn by tragic loss, or in diverse imagined voices from the more distant past, Trethewey encourages us to reflect, learn, and experience delight.”

Trethewey served two terms as the 19th Poet Laureate of the United States (2012-2014). She is the author of four collections of poetry, Thrall (2012), Native Guard (2006), for which she was awarded the Pulitzer Prize, Bellocq’s Ophelia (2002); and Domestic Work (2000). She is the recipient of fellowships from the National Endowment for the Arts, the Guggenheim Foundation, the Rockefeller Foundation, the Beinecke Library at Yale, and the Bunting Fellowship Program of the Radcliffe Institute for Advanced Study at Harvard.

Trethewey is no stranger to Duke University: in 2005-2006, she taught at Duke and UNC-Chapel Hill as the Lehman Brady Joint Chair Professor in Documentary Studies and American Studies. The Center for Documentary Studies honored her with an achievement award in writing at its 25th anniversary forum in 2015, citing her “extraordinary contributions” in the documentary field.

Recently, a 2018 revival of a theatrical production of Native Guard at Atlanta’s Alliance Theater has underscored the relevance of Trethewey’s work to currently galvanized issues of race, history, and memory.

“She reflects so skillfully upon history, poetry, law, memory, literary criticism, and the history of ideas,” said FHI Director Ranjana Khanna. “The committee and I believe she will deliver a wonderful inaugural John Hope Franklin lecture.”

Featuring prominent writers, thinkers, and artists with bodies of work that resonate within and beyond the university, the John Hope Franklin Lecture pays tribute to Dr. Franklin’s remarkable career as a scholar and in public service, as well as his wide-ranging influence in the study of history, law, African-American life and culture, and global intellectual exchange.

Ms. Trethewey will deliver the inaugural John Hope Franklin Lecture at 5pm on Wednesday, March 21, at the Nasher Museum of Art. RSVP at franklinlecture.eventbrite.com.