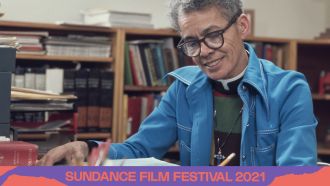 A new documentary on the life of groundbreaking legal scholar and civil rights activist Pauli Murray, My Name is Pauli Murray, premiered at Sundance Film Festival on January 31, 2020. The documentary incorporated footage of Pauli Murray’s childhood home in Durham, North Carolina, which was designated a National Historic Landmark in 2016. The Pauli Murray Center for History and Social Justice is in the process of rehabilitating the house to serve as a history, teaching and social justice activism site.

In addition to being a scholar and activist, Pauli Murray (1910-1985) was also an accomplished poet and writer, and was ordained as an Episcopal priest in 1977. Murray had relationships with women, dressed in men’s clothes, and wrote about having a complex gender identity before trans, gender non-conforming, and nonbinary genders were commonly recognized.

“The Pauli Murray Center is excited that this new documentary film will continue to expand the number of people who are aware of this brilliant, consequential, and impactful human being, who lived at the nexus of every human rights movement of the 20th century,” said Barbara Lau, Executive Director of the Pauli Murray Center for History and Social Justice. “We are working towards showing the film in Durham, North Carolina, as soon as that's possible.”