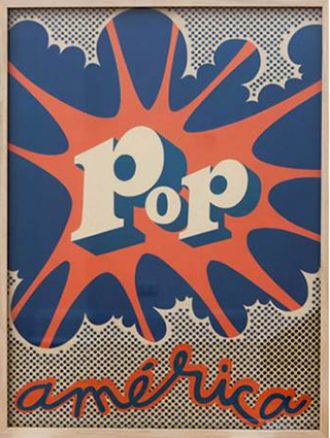 We extend our congratulations to the Nasher Museum and guest curator Esther Gabara, E. Blake Byrne Associate Professor of Romance Studies and Associate Professor of Art, Art History & Visual Studies and co-director of our FHI Global Brazil Lab, for receiving the inaugural Sotheby Prize for "Pop América 1965-1975." Dr. Gabara's ongoing research for this project served as the foundation for a course she taught in 2015, in conjunction with the Global Brazil Lab, titled "Pop Art in the Americas." Students in this course collaborated to create an online exhibit, "Pop Art in the Americas, 1965-1975" which can be viewed at popinlatinamerica.trinity.duke.edu.

"As the first exhibition to present a vision of Pop in the American continent as a whole, Pop América makes a critical contribution to understanding this artistic period and Latin America’s rich artistic heritage. At the same time, this will also be the first exhibition to consider Pop art throughout the Americas as an intentional strategy for communicating sensitive, politically challenging content.”

“There has long been an awareness that Pop art is not simply a British and American phenomenon. This was reinforced by two recent exhibitions at Tate Modern and the Walker Arts Center, Minneapolis, which widened our eyes to the broader scope of Pop art. This show focuses precisely on Latin American Pop art, which had a very strong activist and political dimension. We have great confidence in the quality of the research and curatorial team at the Nasher and that their work will lead to an authoritative exhibition and publication.” – Nicholas Serota

“What this show does is to give a very thorough and fully-researched examination of how a dominant style, that was seemingly playful and comic, was able to be utilized to make strong political statements in nations where it was not possible to do so directly. Latin American artists of the late 60s and early 70s were interested in taking Pop and subverting it. The worldwide spread of Pop Art did not always result in what has heretofore been viewed as stylistically derivative art, but instead was an intentional, radical and effective method of communicating potent forbidden political viewpoints in totalitarian nations under the veil of cartoonish art.” – Allan Schwartzman