In the Press series announced 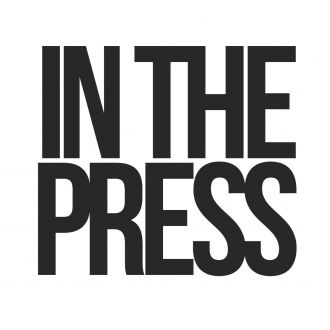 In collaboration with journalist and anthropologist Brian Goldstone, the Franklin Humanities Institute announces a new journalism and public humanities writing initiative, In the Press. In the Press events will bring together journalists, scholars, and activists to discuss emergent issues in the media, providing theoretical and historical context for current debates. The first event in this series, scheduled for 6 p.m. on Thursday, October 24, will feature journalists Jonathan M. Katz  and Andrea Pitzer and local activist Roxana Bendezú on the detention camps – or, concentration camps - at the U.S.-Mexico border.

In addition to these public conversations, future event formats will include workshops geared towards faculty and graduate students, on topics such as writing for public audiences, pitching stories, and working with editors. A third, more theoretical strand will explore genres of writing, investigating the overlaps among academic writing, investigative journalism, and narrative nonfiction.

In the Press Director Brian Goldstone received his Ph.D. in cultural anthropology from Duke University in 2012. He is currently writing a book about housing insecurity and the dramatic rise of the working homeless in America’s boom cities, to be published by Crown. His longform reporting and essays have appeared or are forthcoming in Harper's, The New Republic, The California Sunday Magazine, Guernica, Jacobin, and Public Books, among other publications.

“With this initiative we intend to mine the natural connections between journalism and the humanities,” said FHI Director Ranjana Khanna. “We hope to explore both what is 'in the press' and also what genres of writing we see in different forms of journalistic writing, from long investigative pieces, special projects (such as the recent 1619 issue of The New York Times Magazine), reporting on urgent topics, reviewing, to the different media for production (the printing press, digital media, etc.). Brian has written for a number of different venues—academic and journalistic—with great skill.”

“There’s a groundswell of interest, at Duke and beyond, in broadening the purview of scholarship through engagement with a variety of public-facing forms of writing,” Goldstone said. “I’m thrilled to have the opportunity to foster these possibilities through the FHI’s In the Press series.”