Statement on Linguistic Diversity: Languages and Translation at the FHI 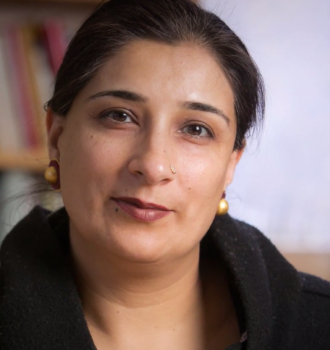 At the Franklin Humanities Institute, we understand the humanities, the arts, and the interpretive social sciences to have been consistently invested in the global dimensions of humanistic thought. Historically, scholars and students have tried to learn the languages in which the objects of their analyses are written, the cultures from which they emerge, and the scholarship associated with those objects has been conceived. Obviously there is a limit to how many languages one can learn and the levels of sophistication one can achieve in order to grasp all nuances, which are often effaced in translation. When we read in translation, we try to be conscious of the limitations of this. When we study literatures and languages, we are also attentive to the politics of language, acknowledging indeed that wars have been fought over the right to use a language in a particular setting. In many places in the world and across classes, people routinely speak two or four languages, and each language is shaped by virtue of its relationship to another. The right to speak different languages has often been curtailed for those whose language, whether a majority or minority language, is not dominant in that setting. There are very real consequences to this (see for example, the recent New York Times article that showed the incorrect transcriptions of “Black English” in the court system, which has contributed to the excessive incarceration of African-Americans).

Educational institutions have frequently been the loci in which rules have been enforced around which languages should be heard. They have been at the forefront of promoting empire through language, for example. But one cannot have a global university without a multiplicity of both dominant and minor languages, an understanding of the power associated with them, and an acknowledgment that the future is not Anglophone. Where advances are made in scholarship and ideas in languages that are not our own, it is the work of scholars to try to learn those languages, or at least see them flourish, rather than shut them down or to resist the difference they signify.  That runs counter to good scholarship, hospitality, and the environment of a global university. Rather than close down linguistic diversity, we seek to embrace it. Clearly communication has to take place, with all the complexities, limitations, and joys of un/translatability that come with that. But language is never about communication alone.

At the Franklin Humanities Institute, we seek an environment in which many languages can be heard, and our speakers are invited to present their scholarly findings in whatever language they choose. We have promoted the learning of less taught languages through our humanities labs, for example, Haitian Creole/Lang kreyòl, through the Haiti Lab. Introductory modules in three African languages will be taught through the From Slavery to Freedom Lab. In addition, we make a commitment to find translators and interpreters when necessary for the work going on within our walls, and through our windows onto the world.