Andrés Fabián Henao Castro is Assistant Professor of Political Science at the University of Massachusetts Boston. Before joining UMB, he was the Karl Lowenstein Fellow at Amherst College, and currently holds a Post-Doctoral Fellowship at the Academy of Global Humanities and Critical Theory at the University of Bologna (a collaborative project with Duke University and the University of Virginia). His research deals with the relationships between ancient and contemporary political theory, via the prisms of decolonial theory, feminist psychoanalysis, critical theory and poststructuralism. His current book manuscript, Antigone in the Americas: Democracy, Sexuality and Death in the Settler Colonial Present, criticizes the theoretical reception of Sophocles’ tragedy, Antigone, in democratic theory, queer theory, and the theory of biopolitics by foregrounding the settler colonial logics of capitalist accumulation by which subject-positions are aesthetically distributed in the play and its theoretical reception. As a Post-Doctoral Fellow at the John Hope Franklin Humanities Institute, he will be working on his new research project, currently entitled, The Coloniality of the Unconscious: The Erotic Life of Racial Capitalism. His research has been published in Theoria,Theory & Event, Representation, La Deleuziana, Theatre Survey, Contemporary Political Theory, Hypatia: A Journal of Feminist Philosophy, among others. He is also a member of the international research network Performance Philosophyand a columnist for the online journal of political analysis, Palabras al Margen (Words at the Margins), in which he has published extensively on the relationship between politics and aesthetics. His work and additional information can be accessed through the following websites: 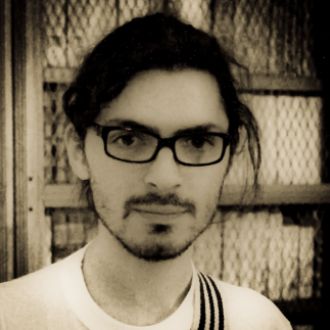