Eric graduated from Duke’s own MFA in Experimental & Documentary Arts program, having been a part of the first graduating class. It was during his time as a graduate student that he started working at the John Hope Franklin Humanities Institute to produce their video content. Since then, Eric has directed, recorded, and edited the content on FHI's YouTube channel, along with assisting in the management of FHI various social media platforms. He earned his BA in Theater/Film from Saint Augustine’s University in Raleigh.

Eric is also a documentarian and a narrative film director. His films have shown at the San Francisco Black Film Festival (CA), the Dam Short Film Festival (CO), the Capital City Black Film Festival (TX), the World Music & Independent Film Festival (DC), Durham’s own Hayti Heritage Film Festival, and SPARKCon (filmSPARK) in Raleigh. His short film, Bi/RACIAL Me, won the Best Short Doc Award at the Urban Mediamakers Film Festival in Atlanta, GA. He has done extensive work in Haiti, documenting various Vodou rituals for the NEH-funded Vodou Archive, a collaborative online catalog of ethnographic work between Duke and the University of Florida. Eric has also worked as a cinematographer and editor for numerous clients including the Robert Wood Johnson Foundation, the Haitian Cultural Foundation, God Bless The Child Productions, Eaton Corporation, Revlon, Inc, The Sonja Haynes Stone Center for Black Culture and History at UNC-Chapel Hill, and the North Carolina Museum of Art. 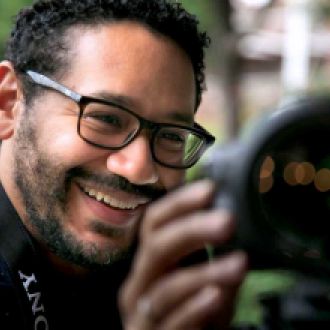