Jesús G. Ruiz is currently a 2020-2021 ACLS Emerging Voices Fellow at the Franklin Humanities Institute, History, and Art, Art History & Visual Studies at Duke University. He specializes in the history of the Haitian Revolution, the Caribbean, Black Atlantic, and Afro-Latin America. He is trained in methodologies from Atlantic, intellectual, and cultural history. His current book project brings these methods together in a trans-imperial perspective. Based on archival research and travel undertaken in Spain, France, the United States, and Haiti, his project traces the movements of multilingual border crossers of uncertain loyalty, and documents the history of royalism and monarchical thought in the Haitian Revolution. In Spain, he's been a visiting researcher and scholar at the Instituto de Historia del Centro de Ciencias Humanas y Sociales (IH-CCHS/CSIC) in Madrid and the Escuela de Estudios Hispano-Americanos (EEHA) in Seville and, in France, at the École des Hautes Études en Sciences Sociales (EHESS) in Paris. He has presented his work in the United States, Europe, and Haiti. His investigations have been supported by fellowships and grants from the Fulbright IIE Program, the Schomburg Center for Research in Black Culture, the John Carter Brown Library, Harvard University’s Mark Claster Mamolen Dissertation Workshop at the Hutchins Center for Afro-Latin American Studies, the Hagley Library & Museum, the School of Liberal Arts at Tulane University, the US Department of Education, and the Tinker Foundation. With a deeply trans-disciplinary formation, Ruiz holds a B.A. from St. Lawrence University and an M.A. from The State University of New York at Buffalo, where he was an Arthur A. Schomburg Fellow. He was recently a Visiting Scholar at New York University’s Center for Latin American and Caribbean Studies from 2018-2019. 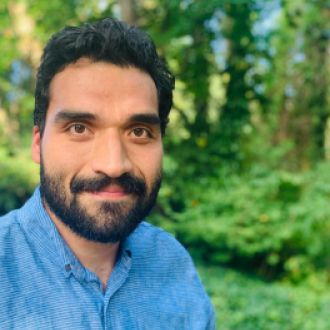