Kirk is Professor of the Practice of Cultural Anthropology, Faculty Co-Chair of the Duke Human Rights Center at the Franklin Humanities Institute and a founding member of the Pauli Murray Project, an initiative of the center that seeks to use the legacy of this Durham daughter to examine the region’s past of slavery, segregation and continuing economic inequality. An author and human rights advocate, Kirk directed the Belfast program for Duke Engage, in partnership with Healing Through Remembering, an extensive cross-community project dealing with the legacy of past conflict and human rights. She has directed Undergraduate Studies for Duke’s International Comparative Studies major, where she teaches, and is a lecturer in the Department of Cultural Anthropology. Kirk has written three books, including More Terrible Than Death: Massacres, Drugs and America’s War in Colombia (Public Affairs) and The Monkey’s Paw: New Chronicles from Peru (University of Massachusetts Press). She is a co-editor of The Peru Reader: History, Culture, Politics (Duke University) and co edits Duke University Press’s World Readers series. An essayist and award-winning poet, she has published widely on issues as diverse as the Andes, torture, the politics of memory, family life and pop culture. Her essay on Belfast, “City of Walls,” is included in the Best American Travel Writing anthology of 2012 (Mariner Books). In the Fall of 2006, she was a Fulbright lecturer at the Human Rights Center at Istanbul Bilgi University in Turkey. Kirk authored, co-authored and edited over twelve reports for Human Rights Watch, all available on-line. In the 1980s, Kirk reported for U.S. media from Peru, where she covered the war between the government and the Shining Path. She continues to write for US media, and has been published in The New York Times, Washington Post, Sojourners, The American Scholar, the Raleigh News and Observer, the Boston Globe and other newspapers. 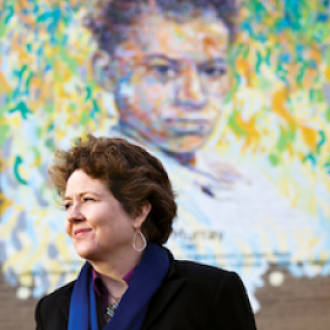